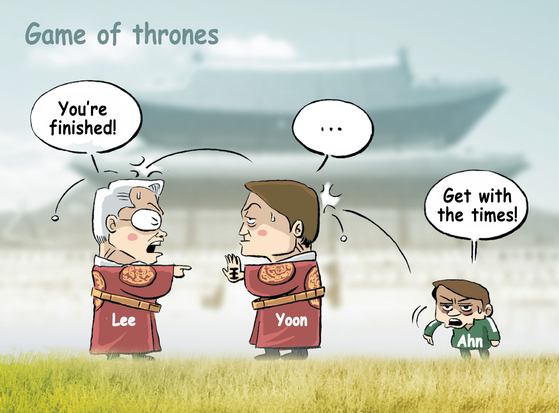 As Gyeonggi Governor Lee Jae-myung, the frontrunner among presidential candidates of the ruling Democratic Party, used archaic expressions against the leadership of the opposition People Power Party over its attacks on his alleged involvement in a massive development scandal — and as former Prosecutor General Yoon Seok-youl, a leader among PPP candidates, appeared in a television debate with the Chinese word “king” written on his palm — Ahn Cheol-soo, head of the minor opposition, criticised the two for acting as if they still live in a monarchy. [PARK YONG-SEOK]