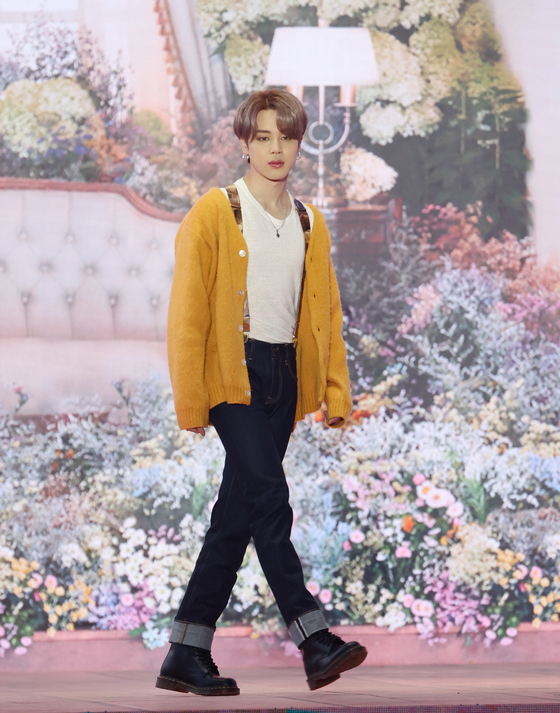 A special light show will be held in celebration of BTS member Jimin’s birthday on Oct. 13.

The light show will display “Happy Jimin Day” from 8 p.m. to 10 p.m. on his 27th birthday on the 120-meter-high tower located in Yondusan Park. The fan club said it chose that particular spot because Jimin has many memories from there and has mentioned it is a place he often visits whenever he goes back home. The fan club also said anyone, including passersby and visitors from out of town, can enjoy the night view of the high-rise tower for two hours.

“Jimin went to Seoul and left everything he had in Busan behind to follow his dreams,” the fan club said. “To us, Jimin is someone who navigates the oceans, overcoming all the waves while he has a close connection to his hometown Busan. We hope he will carry all the blessings from his hometown and proceed forward.”

BTS's Jimin sells out his new merch drop within seconds