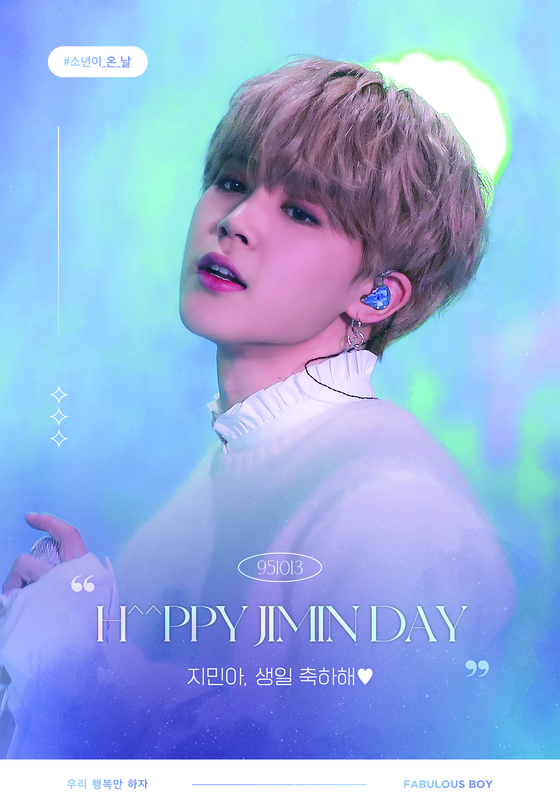 
While many fans wished BTS's Jimin a happy birthday in various, and some very extravagant ways, the boyband member decided to celebrate his 27th birthday on Wednesday by donating more than 100 million won ($84,700) to children in need through ChildFund Korea.

Jimin has now become a member of the Green Noble Club of the fundraising NGO. The Green Noble Club comprises of major donors of the ChildFund Korea, who donate 100 million won or more, either at once or cumulatively over five years.

Fans of BTS have been making sure that Jimin sees their birthday wishes by putting up huge Billboards ads in major cities across the globe including New York, Tokyo, Busan and of course in front of his label HYBE in Seoul. Fans also published a full-page ad in the Ilgan Sports, an affiliate of the Korea JoongAng Daily on Wednesday.