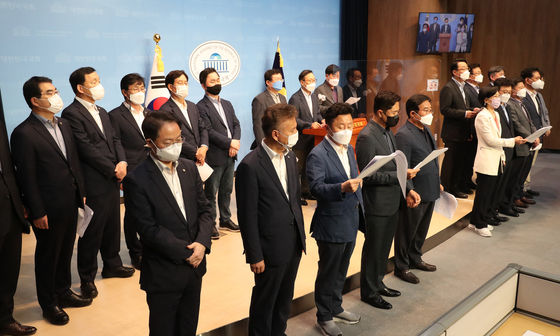 Gov. Lee won the ticket for the DP's presidential candidacy for next March's election by getting a total of 50.29 percent, or 719,905 votes, of nearly 1.46 million votes cast in the 11-leg primary race that began last month and ended with the third "Super Week" in Seoul Sunday.

With a majority, the governor just avoided a runoff with Lee Nak-yon, also a former DP chairman, who received 39.14 percent, or 560,392 votes. They were distantly followed by former Justice Minister Choo Mi-ae at 9.01 percent and Rep. Park Yong-jin at 1.55 percent.

However, Lee Nak-yon's camp immediately argued that the votes for two candidates who stepped down in the middle of the DP primaries, Chung Sye-kyun and Kim Doo-gwan, should be counted in the total tally.

DP Rep. Hong Young-pyo, a co-chair of the Lee Nak-yon election campaign, said during a press conference at the National Assembly Monday that Lee Jae-myung's total vote "fall below a majority with 49.32 percent, requiring a runoff election" if those two candidates' votes were included.

Hong issued a statement calling for a "correction" of the party's handling of the votes of the candidates who dropped out.

Chung, also a former prime minister under President Moon Jae-in like Lee, and Rep. Kim Doo-gwan, a former South Gyeongsang governor, both dropped out of the primary race last month.

If their votes are counted, total votes would increase from 1.46 million to around 1.48 million, dropping Lee's total ballots to below a majority, which would allow for a runoff with Lee Nak-yon.

Hong said that ballots cast for Chung and Kim before they dropped out of the race should not be invalidated and claimed that the election results are "clearly against the party's constitution and rules."

Later that day, the Lee Nak-yon camp officially filed an objection with the DP, calling for a final runoff election. 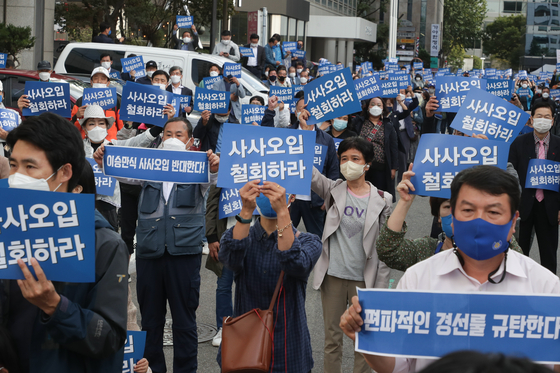 However, Rep. Song Young-gil, chairman of the DP, confirmed Monday the nomination of Gov. Lee as the presidential candidate and stressed that the party is abiding by its own rules stipulating that votes cast for candidates who drop out from the primary be voided.

Song told reporters in Daejeon on Monday, "Our party announced Lee Jae-myung as the 20th Democratic presidential candidate yesterday, and I delivered a letter of recommendation."

Song said the election rules were approved during a DP convention in August 2020 when Lee Nak-yon was elected as party chief.

He said, "Just as Korea is run by the Constitution, the DP is also run by a party constitution and regulations."

Lee Nak-yon had a surprise victory in the DP's third round of primary voting open to the general public according to results announced Sunday, which brought him closer to Lee Jae-myung, the clear frontrunner, than initially anticipated.

This came as Gov. Lee is embroiled in a growing scandal surrounding a land development project in Daejang-dong, Seongnam that dates to his time as mayor of the city in Gyeonggi.

Referring to the controversy over the primary results, Lee Jae-myung said in Daejeon, "I believe that our party will handle it well in accordance with common sense, principle, and party constitution and regulations." 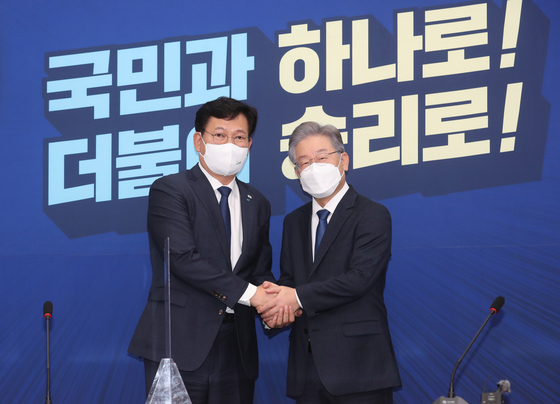