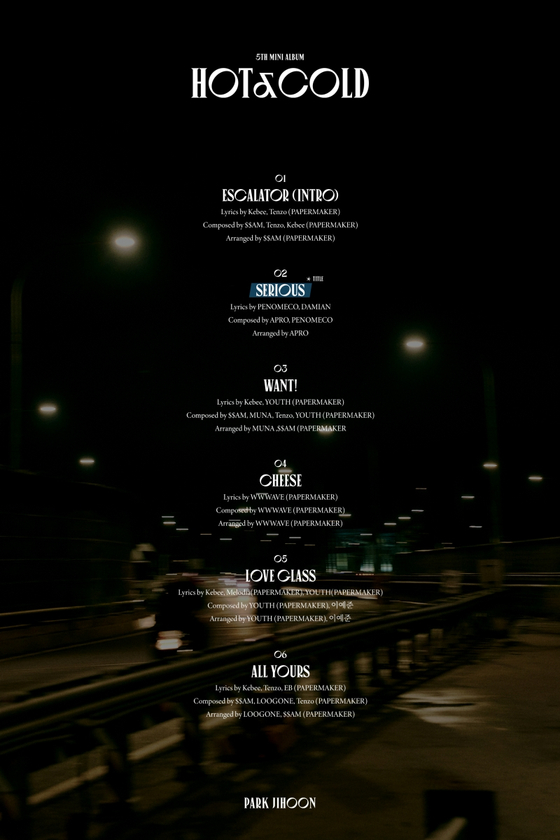 On Monday, Park uploaded a track list for the EP on his social media accounts. Six songs will be on the album, with the lead track titled “Serious.” The other tracks are: “Escalator (Intro),” “Want!,” “Cheese,” “Love Glass” and “All Yours.”

“Serious” is a hip-hop-based pop dance song centered on a synth bass sound, according to Park’s agency Maroo Entertainment. The EP also aims to draw the contrasting images of love, like how “hot” and “cold” are opposites.

Park is known for competing in the second season of Mnet’s audition program “Produce 101.” He came in second place among 101 trainees and became a member of the boy band Wanna One from 2017 to 2019. After Wanna One’s disbandment, Park has focused on acting and releasing music as a solo artist.