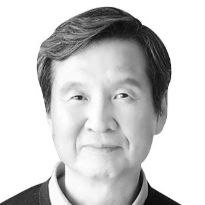 Choi Jin-ho
The author is an emeritus professor of sociology at Ajou University.

The swift demographic change mostly resulted from changes in the attitudes of people in their 20s and 30s toward marriage and from the growing need for them to live apart from their family to study and find a job. Another increase in the number of single-person households among senior citizens stemmed from the increasing number of cases of people living alone after the death of their spouse in an age of increased life expectancy. The increase in the number of single-person households is also attributed to an increase in divorce in Korea today.

As of 2020, 19.1 percent of single-person households were twenty-somethings, followed by septuagenarians and those other (18.1 percent) and the people in their 30s (16.8 percent). The ratio of single-person households also varies on a regional basis. For instance, it is the highest in Daejeon City (36.3 percent) followed by Seoul (34.9 percent) and Gyeonggi Province (the lowest 27.6 percent).

Korea’s ultralow birthrate and rapidly aging population are expected to further raise the ratio of the elderly in single-households in the country.

The government must urgently provide stable housing for the people in their 20s and 30s in particular, the age groups with the most single-person households, because they are the most vulnesrable group in economical terms. It must reinforce financial support for the group, including subsidizing rents, as well as devise policies to improve their living conditions.

Another group the government must care for is single-person households headed by senior citizens suffering from economic and health handicaps. To achieve that goal, the government must establish an integrated caring system to enhance housing and medical services on the regional and national level.

Some local governments with high ratios of single-person households already respond to such needs by setting up policy teams tailored for the task. For instance, they offer home management services for them, assign security guards for single-households headed by women and accompany the aged people when they go outside.