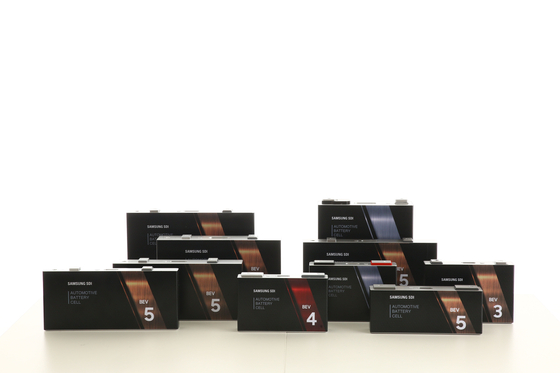 
Battery maker Samsung SDI confirmed that it will build its first battery cell and module factory in North America in a joint venture with multinational automaker Stellantis.

Samsung SDI already has a battery pack assembly facility in Detroit. The new plant will be its first battery cell manufacturing site in the U.S.

The plan was reported earlier in the week based on information from an unnamed source.

The Korean battery maker confirmed Friday that it recently signed a memorandum of understanding with Stellantis to establish a joint venture that will manufacture battery cells for electric vehicles (EV).

The joint venture will produce battery cells and modules – a fixed number of battery cells put into a frame – starting from the first half of 2025 with an annual capacity of 23 gigawatt-hours (GWh). Samsung SDI said the production capacity could be expanded to much as to 40 gigawatt-hours in the future.

The size of investment and where the factory will be built were not disclosed in Friday’s release.

A free trade agreement between Canada, Mexico and the United States called the United States Mexico Canada Agreement (USMCA) requires automobiles sold in the bloc to have 75 percent of their components manufactured in North America to qualify for zero tariffs.

“This joint venture enables the company to manufacture battery cells and modules for electric vehicles sold in the United States ahead of July 2025, when the USMCA is scheduled to go into effect,” Samsung SDI said in a statement.

For Stellantis, the joint venture will help it have electric vehicles make up 40 percent of its U.S. sales by 2030.

The batteries manufactured by the joint venture will be used in a wide range of electric cars made by Stellantis, from plug-in hybrid electric vehicles to EVs that run purely on batteries.

Once the U.S. manufacturing site is added, Samsung SDI will be producing batteries in four sites including existing EV battery plants in Korea, Hungary and China.

“It is an honor for us to build a battery joint venture with Stellantis, which is accelerating its electrification strategy in this green energy era," said Jun Young-hyun, CEO of Samsung SDI, in a statement. “With this battery joint venture, we will do our best to meet the high standards of our customers in the North American EV market leveraging Samsung SDI’s battery technology, high quality products and safety measures.”

Samsung SDI’s move is the latest by local battery makers to team up with global automakers to set up plants in America.

On Monday, LG Energy Solution and Stellantis announced a memorandum of understanding for a joint venture that will build a battery cell and module factory in North America with a capacity of 40 GWh. LG Energy Solution is also constructing EV battery factories in Ohio and Tennessee with partner General Motors that will have combined manufacturing capacity of 70 GWh. A total of 5.4 trillion won ($4.6 billion) has been invested in them.

SK Innovation and American automaker Ford announced early this month they will be investing 10.2 trillion won to build three EV battery factories in the United States. The combined production capacity is expected to be 129 GWh.