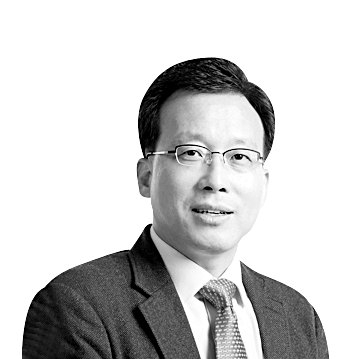 
Former President Lee Myung-bak, when he was serving as mayor of Seoul, faced strong criticism for a controversial remark. Lee, a devout Christian who served as an elder of the Somang Church, attended a youth prayer meeting on May 31, 2004, at the Jangchung Arena and read a prayer offering the city of Seoul to God.

“Residents of the city of Seoul are the people of God,” Lee said. “Let’s offer the city to God.” After Lee’s prayer was made public, the Buddhist community fiercely denounced his remark. The Uri Party, the ruling party of the Roh Moo-hyun administration, condemned Lee for having politicized religion for his presidential ambition. But in the December 2007 presidential election, Lee scored an overwhelming victory against the Uri Party’s Chung Dong-young, beating him by 5.31 million votes. His controversial remark was soon forgotten.

Yoon Seok-youl, one of the presidential contenders from the main opposition People Power Party, is stirring controversy with repeated slips of the tongue. He faced strong public criticism when he attempted to praise former President Chun Doo Hwan’s strategy of hiring the best economic experts to stabilize prices when the country was hit with an oil crisis.

Yoon, when he was a sophomore law student at the Seoul National University in the spring of 1980, acted as a judge in a mock trial against Chun, who had risen to power in a military coup. At the time, Yoon sentenced Chung in the mock trial with a lifetime prison term.

Because of his special experience, Yoon stressed that his true intention was misunderstood, and he remained deeply empathetic about the tragic massacre orchestrated by Chun that the people of Gwangju had suffered.

He, however, faced further criticism for his way of offering a belated apology. On his social network account, a photo of a dog and an apple was posted. (In Korean, the pronunciations of apple and apology are the same.) Chairman Lee Jun-seok of the People Power Party said, “Operating a social network account is like preparing blowfish. If someone without qualification operates it, a man can be killed.”

Kang Mi-eun, a professor of the Department of Media at Sookmyung Women’s University and an expert in political communications, said, “Politics is about words. A slip of the tongue is a part of a politician’s risk profile.”

On the other hand, Gyeonggi Governor Lee Jae-myung, the ruling Democratic Party’s presidential candidate, is an eloquent speaker. He is a lawyer known for his eloquence. He speaks powerfully and emotionally and sometimes uses abusive language. He once faced a predicament after a voice recording of his insulting remarks was made public.

Amid the Daejang-dong land development scandal, Lee attended the National Assembly audit of the Gyeonggi Provincial Government and did not avoid opposition lawmakers’ attacks. He snickered at some opposition lawmakers’ questions and faced condemnations, but Lee did not flinch. Rep. Kim Nam-kuk of the ruling party, who serves as the chief assistant for Lee’s presidential campaign, said, “Attending the National Assembly audit was an advertisement worth 10 billion won.”

After the audit, MBN and Maeil Business Newspaper commissioned a polling company, Rnsearch, to conduct a survey. According to the poll, 52.8 percent of the poll participants answered that Lee had done badly in the audit, while 33.8 percent said Lee had done well. About the land development scandal, 45.9 percent said they thought Lee was directly involved in it, while 17.2 percent said Lee was responsible for having failed to manage it properly. Only 14.3 percent said the scandal is not related to Lee. Despite his eloquence, Lee was not able to change critical public opinion. How should we interpret this?

“Although Lee was able to dodge the opposition lawmakers’ attacks, a highly negative opinion in the poll shows that Lee had actually failed to convince voters,” Professor Kang said. “When you say someone is a good speaker, it means he or she speaks convincingly and shows sincerity.”

Kang Won-guk, chief writer of the Medici Media, worked at the Blue House for eight years, serving Presidents Kim Dae-jung and Roh Moo-hyun as a speech writer. In a book recounting his experience as a presidential speech writer, Kang wrote that both Kim and Roh loved to read, think and debate, and improved their insight through reading, thinking and debating. And they both knew how to express their insights in words and writing.

We have seen many historical accounts where a slip of the tongue caused an enormous disaster. We must avoid a catastrophe where the people will suffer from a hazard from a slip of the tongue. Although blunt language is part of Korean politics, a presidential candidate must speak well. Is it too much of a wish to have a president like Barack Obama, who has shown the importance of communication and empathy?