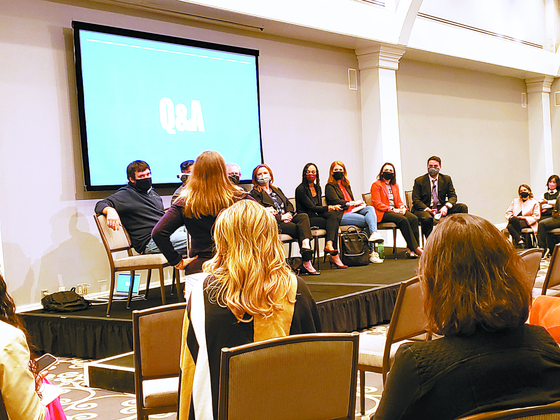 KIM PIL-GYU
The author is a Washington correspondent of the JoongAng Ilbo.


On Oct. 19, I attended a town hall meeting for White House correspondents held at the White House Historical Association in Washington. Their newly elected staff were taking requests from members. Each member came out and spoke, and the biggest complaint was the seating assignment in the briefing room. Due to limited space, the 49 seats were assigned to major media outlets, starting from the front row.

Generally, after the White House spokesperson gives the opening remark, he or she gives the Associated Press reporter — seated in the center of the front row — the first chance to ask a question. The late Helen Thomas of UPI, who covered the White House for 50 years, was always the one to ask the first question. Reporters asked for seats to be reassigned because the chance to ask questions has decreased under the Joe Biden’s administration. That day, White House spokesperson Jen Psaki took questions from the first three rows and ended the briefing. A reporter in the back complained that the briefing had been scheduled for an hour. They grumbled that the Trump administration was better at offering the chance to ask questions.

Biden himself reduced contact with the media. Trump enjoyed coming down to the briefing room and taking questions personally, but Biden hasn’t done so yet. Though he used to take a couple of questions after addressing the state, he is skipping it lately. As a result, one-on-one interviews have noticeably decreased. According to The Hill, Biden has had 10 interviews since his inauguration, but Trump had at least 50 in his first year. Obama had 113 interviews by the summer in his first year.

In the meantime, Biden made many slips of the tongue. In an interview with ABC, he claimed that the chaos in the aftermath of the U.S. military withdrawal from Afghanistan was not serious, because “no one is being killed right now.” Eight days later, a bomb in the Kabul airport killed 170 people. During a press conference, Biden snapped at a CNN reporter. Psaki said in an interview that she advised the president not to take questions. And yet, Biden’s approval rating has fallen below 40 percent.

In Korea, promising presidential candidates are making a series of verbal mistakes as the election is slated for March 9. They are often not simple mistakes, but reflect their true feelings. Those mistakes are revealed in debates and interviews.

They may also keep their mouths shut after being elected president. But Biden’s first year shows that not talking to the media does not help.