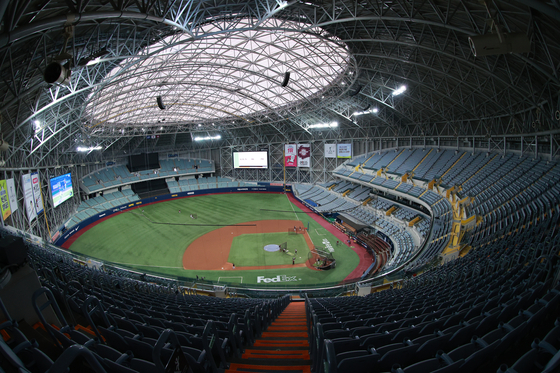 
The 2021 KBO postseason will kick off on Monday with the opening game of the Wildcard series, the KBO confirmed Thursday, with the entire competition expected to end with a Korean Series champion crowned by Nov. 22 at the latest.

The Wildcard is an all-or-nothing moment for the fifth-place team, meaning that if they do not win the first game they are out. If they do win there will be a second game that they also have to win. No fifth-place team has ever progressed beyond the Wildcard.

The Korean Series remains a seven-game series to begin on Nov. 14 with all games played at Gocheok Sky Dome in western Seoul, the KBO's only covered dome. The series could end as early as Nov. 18 with a sweep, or could continue through to Nov. 22 at the latest.

The Samsung Lions, KT Wiz and LG Twins will be the top three teams when the regular season ends on Saturday, but the pennant winner is unlikely to be determined until the last day of the season.