Electric bike market revs as public transport shunned by some

Electric bike market revs as public transport shunned by some 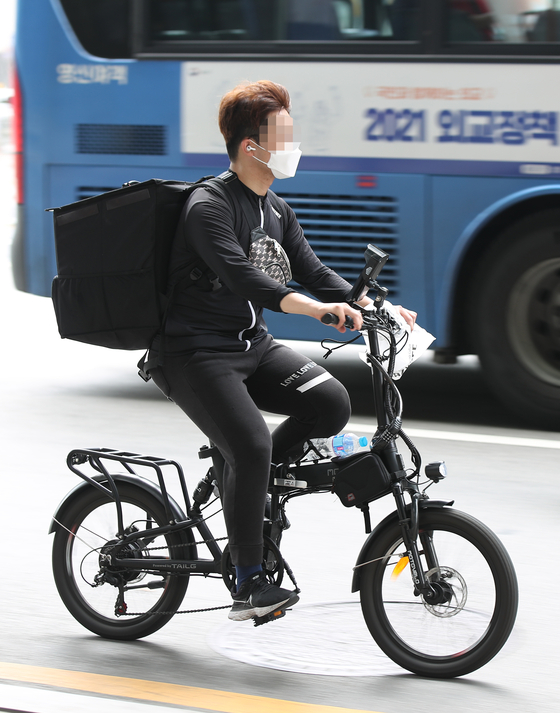 A delivery worker rides an electric bike on a street in Jongno, central Seoul on July 12. [YONHAP]

A 61-year-old resident of Goyang, Gyeonggi rides electric bicycles almost daily. She takes them whenever she visits her daughter’s house or goes grocery shopping, which would otherwise require a 30-minute walk.

“The 30-minute walk put too much stress on my knee, and taking public transportation doesn’t feel safe during the pandemic,” she said. “I don’t have to struggle finding a parking space, and I let the motor take over when my knee hurts, so it is my favorite item these days.”

Electric bikes are powered by electric motors. The assist means far less work for the biker. The motor turns on as soon as sensors on the pedals detect the rider. By pressing a button, the biker doesn’t have to pedal uphill or for long distances as the wheels rotate automatically.

If the battery runs out, bikers can stay mobile by pedaling normally, which also recharges the battery. The average lifespan of the batteries are five years when they are plugged in to fully charge three times a week. 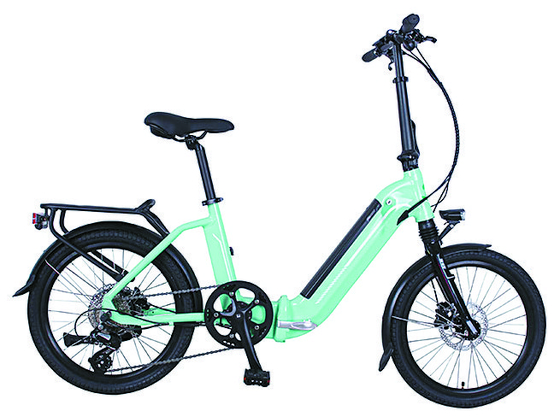 
Some 78,000 electric bikes were sold last year, up 95 percent on year, according to data compiled by the Korea Smart E-Mobility Association.

Korea’s electric bike market was on the wane with the market saturated and with the growing popularity of electric scooters. It was 2018 when the electric bicycle industry started to rev. Revisions to the Promotion of the Use of Bicycles Act allow people to ride electric bikes in bike lanes.

The Korean government’s push for carbon neutrality is also a driving force. Eco-friendly ways of transportation, such as electric vehicles and electric bikes, are considered by some to help in achieving net-zero carbon emissions.

Sales of electric bikes already account for about 20 percent of all bike sales in Korea, according to industry sources.

Samchuly Bicycle, one of the largest bike manufacturers in Korea, reported 87 billion won ($74 million) in first-half revenue, up 13 percent on year, helped by robust sales of electric bikes. Alton Sports reported 32.4 billion won in revenue in the first half, up 33 percent on year. This year alone, the Pangyo, Gyeonggi bike maker released more than 10 new electric models.

Electric bicycle maker Myvelo generated $5 million from exporting electric bikes last year. It is likely to achieve $25 million of exports this year. The company’s factory in Suncheon, South Jeolla, produces 400 to 500 electric bikes per day, and a maximum of 100,000 units annually.

“Electric bikes are eco-friendly transportation, faster than regular bikes and allow people to ride longer distances without too much physical exertion,” said Choi Ki-ho, CEO of Myvelo. “The United States and Europe already came up with some policies utilizing electric bicycles. The market is expected to grow further.”

The global electric bike market, which was around $21.1 billion in 2018, is likely to reach $38.6 billion in 2023, according to the Korea Institute of Science and Technology.