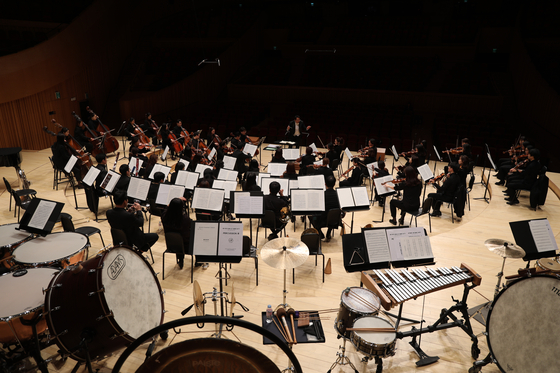 
From Verdi and Bartók to American composer John Williams’ concert selections from 20th Motion Pictures, the Korean Pacific Philharmonic Orchestra is performing an array of modern pieces in the upcoming concert “Tam, Tam, Tam Classic” at the Sejong Center for the Performing Arts in central Seoul on Nov. 9.

According to the orchestra, “Tam, Tam, Tam Classic” is part of its concert series that began this year to showcase classical music from different periods. The upcoming concert is the third and final part of the project under the theme "Covet the 20th Century Orchestral Music."

“For the final concert, we decided to perform classical music of the 20th century,” said Kang Won-ho, artistic director and the conductor of the Korean Pacific Philharmonic Orchestra. “Music of the 20th century has been somewhat neglected by orchestras. Therefore, many audience members in Korea are relatively less familiar with music from this era.”

During the first part of the concert, the orchestra will perform Giuseppe Verdi’s “Overture from Opera ‘La forza del destino,'” followed by Bela Bartók’s “Concerto for Orchestra, Sz116, BB123.” In the second part, the orchestra will perform well-known soundtracks from various films composed by Williams. They include Superman Theme from “Superman Returns” (1996), Schindler’s List Theme from “Schindler’s List” (1994) and Star Wars Suite Main Theme from “Star Wars” (1977).

The orchestra will also perform Carl Reinecke’s “Flute Concerto in D Major, Op. 283" during the second part of the concert accompanied by flutist Lee Gi-hea.

“We’ve organized this series of concerts so that classical music can become an attractive genre that people are eager to listen to,” said Kang. “I hope audience members who are familiar with pieces from the Romantic era can realize that there are much more attractive pieces from the later periods.”

The Korean Pacific Philharmonic Orchestra was established in 2018 by professional musicians who hope to expand orchestral music audiences by showcasing diverse programs.