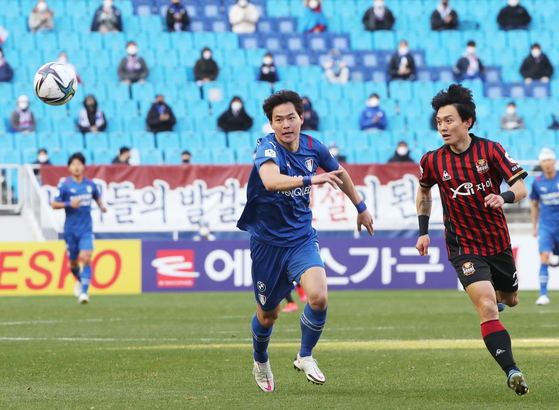 Korea will face the United Arab Emirates on Nov. 11 at 8 p.m. at Goyang Stadium in Gyeonggi. They are then expected to fly to Iraq for the first game of the second leg of qualifiers on Nov. 16.

With the exception of Kim Gun-hee, who joins the squad as Bordeaux's Hwang Ui-jo is out with an injury, the Taeguk Warriors are largely unchanged from previous games.

Korea is currently in second place in Group A with eight points, behind Iran with 10. With the top two teams both advancing to the 2022 Qatar World Cup, the Taeguk Warriors will be looking to increase their lead over third-place Lebanon, who currently trail by only three points.

With four games played, Korea have yet to take a loss but have only recorded two wins in the third round of qualifiers. Korea opened the round with a 0-0 draw with Iraq at the start of September, before beating Lebanon 1-0 and Syria 2-1. The last game, on Oct. 12, saw Korea draw 1-1 with Iran.

Despite the slow start, Korea have gradually started to look more confident throughout the round, with Bento opting after the first two games to leave the younger stars behind and concentrate on tried and tested Taeguk Warriors.

Teamwork has still been an issue, with the defense often doing the lion's share of the work to prop up a midfield that seems to struggle to gel, but over the months there have been signs that the offense is starting to fit together. Bento and the team will be looking for a more explosive second leg ahead of the real tournament next year.