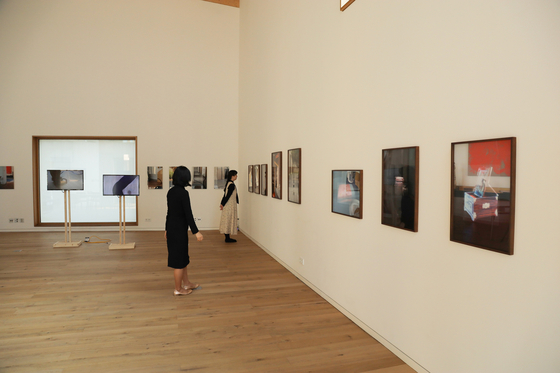 Visitors look at photos exhibited at the Swiss Embassy in Seoul on Oct. 27, which were produced by eight Korean artists inspired by the architecture of the embassy. The exhibition will be open to the public through Nov. 10, before moving to Seoi Gallery in central Seoul, where it will be showcased through Dec. 4. The Swiss Embassy opened its new building in May 2019, returning to the premises that the Swiss Confederation acquired to build its first embassy in Seoul in 1974. The new building was inspired by hanok, or Korean traditional houses. [EMBASSY OF SWITZERLAND IN KOREA]