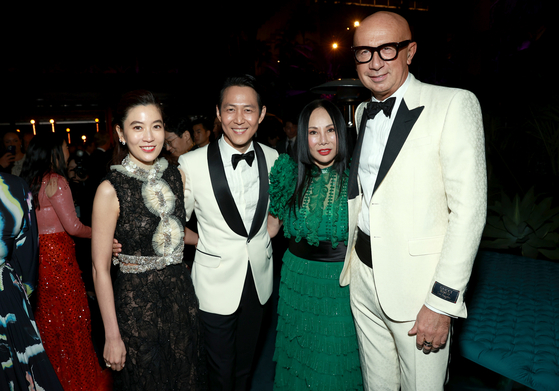 The director of the hit Netflix original series Hwang Dong-hyuk, as well as actors Lee Byung-hun and Park Hae-soo also attended the event, which annually invites artists who contributed to developing the culture sector.

Lee was accompanied by his girlfriend Lim Se-ryung, who is the vice chairwoman of and heiress to Daesang Group. The couple previously attended the event together in both 2018 and 2019.

Lee and Lim went public with their relationship in 2015. Lim was previously married to Samsung Electronics Vice Chairman Lee Jae-yong. The couple, who share two children, divorced in 2009.

Some other Korean talents, like actors Lee Min-ho and Gang Dong-won, were also in attendance.