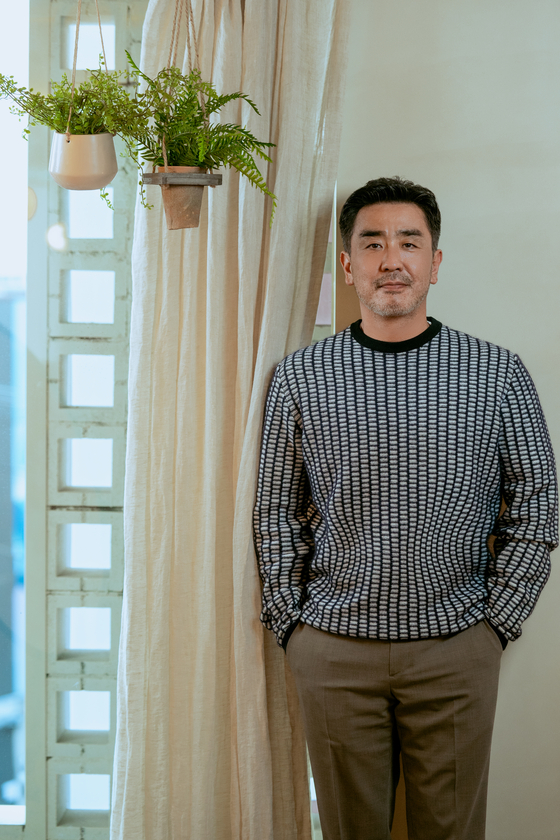 
Fifty-year-old actor Ryu Seung-ryong, who has 17 years of acting experience, appeared in dozens of films and television series and starred in four films which surpassed the box office milestone of selling 10 million tickets, says that he has hit “the peak of his filmography” with his upcoming film “Perhaps Love.”

“Perhaps Love” centers around Kim Hyun, a professor and once-bestseller writer who has been stuck with writer’s block for seven years. Kim divorced and remarried and had a daughter with his new wife, but has a strained relationship with his teenage son from his first marriage. His already complex life reaches a new level when he one day meets a male student from his class who confesses that he’s in love with Kim. 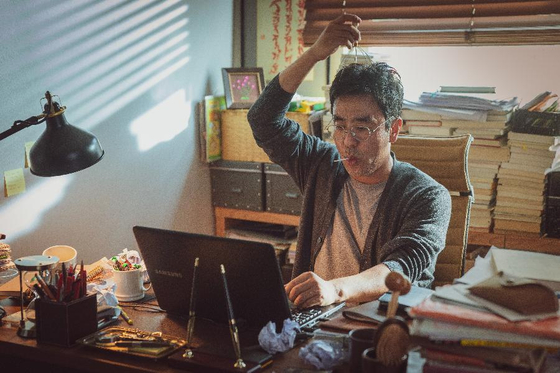 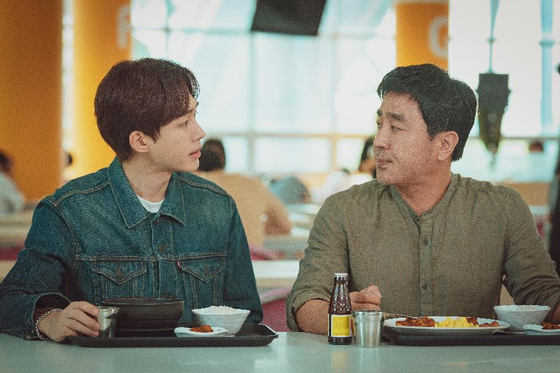 Above and top: Scenes from upcoming film "Perhaps Love," in which actor Ryu Seung-ryong portrays bestselling author Kim Hyun who hasn't written anything for the past seven years. [NEW]


“Kim’s character is very peculiar, and he’s a bit of a loser, and he may not be the most lovable person in the world, but that’s what I think makes [him] realistic, honest, and even courageous, a trait that can earn people’s sympathy. At his core, he respects others and he’s a well-rounded person,” Ryu said.

“Perhaps Love” is actor-turned-director Cho Eun-ji’s feature film debut. Ryu showered the rookie director with compliments, saying Cho helped him to overcome the pressure he felt trying a genre that he wasn't particularly used to.

“I worked with Cho as a fellow actor in the MBC drama series ‘Personal Taste’ [2010] but we didn't have many scenes together, and in the film ‘The Target’ [2014] but we didn’t have much contact then either,” Ryu said. “Whenever I saw her in other films and series, I always admired her acting, especially how natural she was but how she still managed to bring her uniqueness [on the screen]. When I met her as a director, I realized that her performance wasn’t spontaneous — it was created through countless interpretations and deliberations. I realized the her acting is just the tip of the iceberg. There is this bigger core inside that was hidden and is finally being revealed through her directing debut. 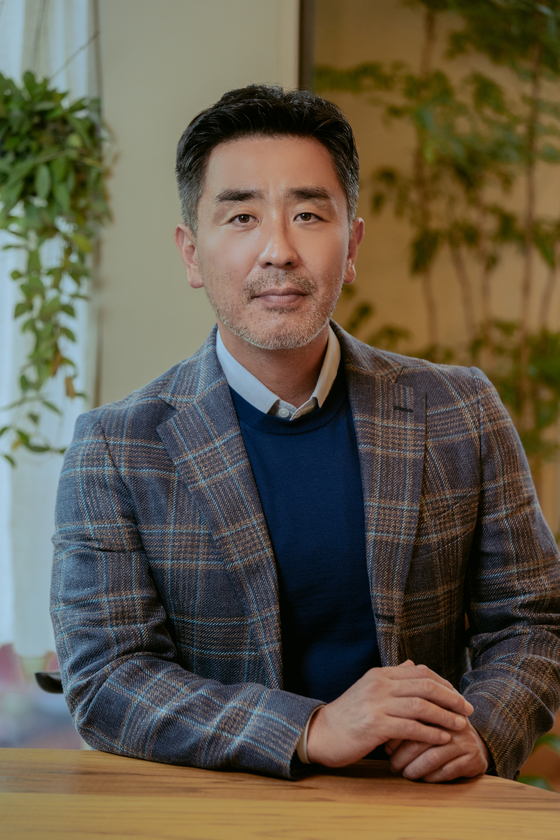 
“Due to my appearance — I have a deep voice, thick eyebrows, big head — and I’ve played a lot of masculine characters in genre fictions, like ‘War of the Arrows’ [2011], ‘Blades of Blood’ [2010] and ‘Secret’ [2009], so I was actually nervous about depicting more ‘normal’ characters that we come across in our everyday lives [...] So when I met Cho for this film, I told her that this sort of acting was my Achilles' heel and I wanted to resolve this, and I asked for her help. She replied that she’d do her best, and that was really important to me. If before, I’d just acted in a monotone, for instance, if I just sang as how the notes are written in the score, Cho delicately drew out the notes, like adding two sharps here and three flats there, going fortepiano in this part, adding staccatos — basically I saw the [hidden] notes and she gave me room to put my variations in the score. That is why I said that this film is special to me and that it was the peak in my acting career.”

Ryu, who reaped huge success with his last action comedy film “Extreme Job” (2019) which sold more than 10 million tickets, says that he takes care to make sure his comedic performances don't pressure audiences to laugh.

“Comedy is very tricky in the sense that funny moments differ accordingly to the audience,” he explained. “They have each led different lives, have different expectations for comedy. There’s also many, many different kinds of laughs — from a chuckle to having them roll over in their seats — and it’s extremely hard to balance them out in one movie and to satisfy all the audience members. I have to really focus on the situation and minutely calculate and structure the scenes for them to draw out healthy laughs, unexpected laughs [...] I’ve learned that people show a high resistance to shinpa (a Korean term referring to overly emotional scenes stemming from clichés such as relationships between lovers, friends and family or the sacrifices they make for their loved ones) and efforts to induce tears from such scenes. They want to decide for themselves whether they will laugh or cry.”

Ryu has also starred in three other films that have surpassed the 10 million-ticket-sale milestone — “Masquerade” (2012), “Miracle in Cell No. 7” (2013), and “Roaring Currents” (2014). When asked do these achievements add pressure when it comes to taking on new projects, the actor answered no.

“I think those thoughts disappeared when I experienced a slump, when some of my films did not do so well commercially,” he said. “I felt small and afraid and of course, when your films don’t do that well, you need to take responsibility for their failures. When I looked back on them, there were multiple reasons as to why they didn’t succeed, such as they didn’t move the audiences, or the timing was just bad. But when I thought about it the other way around, did my other films succeed just because of my performance? No, they didn’t, and that’s when I felt free from that pressure. It was just luck that some of them managed to surpass 10 million tickets in sales, and it was possible due to all of the cast and crew’s hard work. The conclusion that I’ve reached is to do my best, and to do it happily in the scene of the moment, and do my best when I’m promoting my films, but the rest of is up to the audience to decide.” 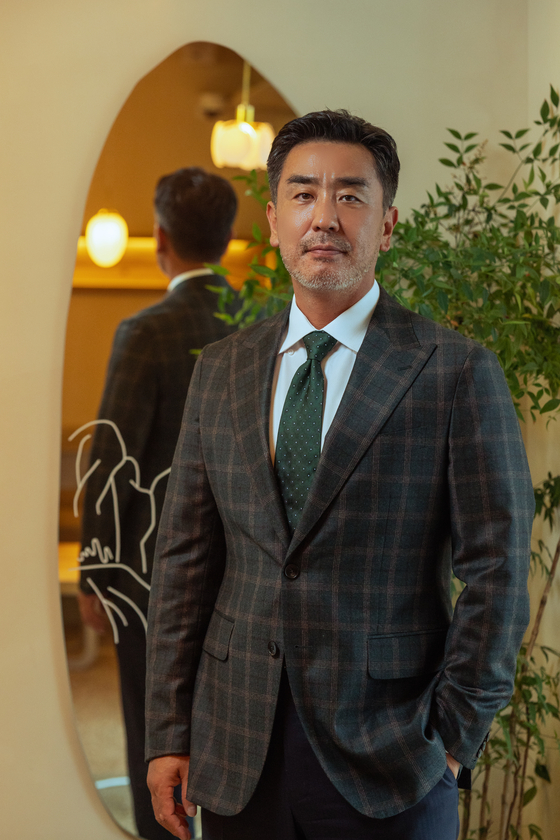 
The actor said that working on "Perhaps Love" also made him look back on his relationships.

“People get hurt, they fight when they’re together,” he said. “But they are also comforted, healed, and grow from their relationships. This film shows that just because someone is older and they have more life experience doesn’t mean that they don’t get hurt. Anyone can get hurt, and anyone can hurt someone when they’re with others. Like Kim, he unintentionally hurts his current wife, his ex-wife and his best friend by avoiding writing, and his son when he can’t really comfort him. It doesn’t have to be significant, a couple of words thoughtlessly thrown about can turn out to be a huge wave of hurt for others. I think watching this movie will make people look back on themselves, and show that a good relationship does not stem from one-way interactions.”