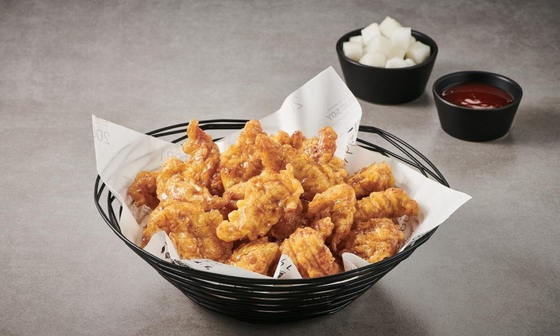 
Even chickens are inflationary these days.

Kyochon F&B, Korea’s largest fried chicken chain, announced Thursday it will increase the prices of its chicken products by an average 8.1 percent, the first rise in seven years.

Some side dishes will cost 500 won more.

The prices of Kyochon Shinhwa Original chicken and Kyochon Cheese Truffle chicken, both newly released, will be unchanged.

The chicken brand said the price increases were inevitable due to the rise in the cost of raw material and the increase in wages. The price hikes were agreed to after discussions between management at headquarters and people running the individual stores.

The wholesale price of a chicken is around 3,000 won per kilogram (2.2 pounds) in November, up 24.8 percent compared to 2019, largely due to the sweltering heat this summer and the lingering avian flu. Soybean oil, which is used for frying the chickens, traded at around 20,000 won per 18 liters at the beginning of the year but is almost double these days.

“Owners of Kyochon branches desperately wanted profit improvement due to the rising costs,” said a spokesperson for Kyochon F&B. “We couldn’t delay the price increase any longer.”

The price increases will likely affect industry rivals Genesis BBQ and BHC, but the brands say they currently have no plans to raise prices.

“People running BB.Q branches are also so desperate due to the rising fees for delivery,” said a spokesperson for Genesis BBQ. “We have plenty of reasons to raise prices, but the headquarters will try our best to not increase the prices for now.”