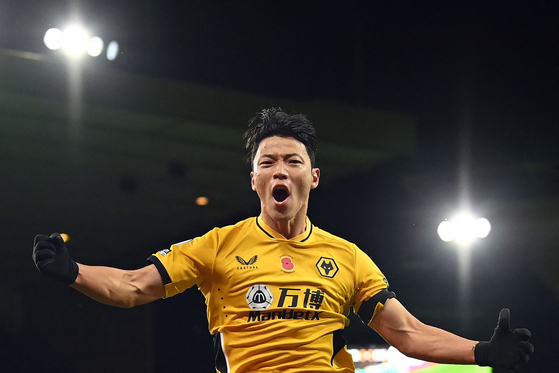 
Wolverhampton Wanderers may have to make some drastic decisions if they want to bring attacker Hwang Hee-chan to the club on a permanent basis this winter, with reports Tuesday suggesting that the cash-strapped club will need to sell somebody else to raise the funds to bring the Korean striker on board.

Hwang joined Wolves at the end of August on loan for the entirety of the 2021-22 season, with the club reportedly maintaining the option to buy Hwang for around £13 million ($19 million). Since then, the young striker has scored four goals in nine games, even making it onto the scoresheet during his very first match.

According to Football Insider, sources at Wolverhampton say the club is keen to buy Hwang in January. But in order to facilitate a deal, the club would likely need to sell another reasonably big-ticket player to raise the funds for Hwang.

The deal could end up costing much more than expected. Just because Wolves have the option to buy Hwang for around £13 million doesn’t stop RB Leipzig from accepting a higher offer for him.

That would trigger a bidding war, and Wolves could face some pretty tough opposition — Liverpool have also sent scouts to watch Hwang play in recent weeks.

Liverpool are reportedly on the hunt for some attacking reinforcement and Hwang, who can play across the front line and has proven his versatility in how quickly he adapted to the Premier League, could be exactly the kind of player the club wants.

If other clubs throw their hat into the ring as well, Wolves could really struggle to keep Hwang on the squad going into the second half of the season.