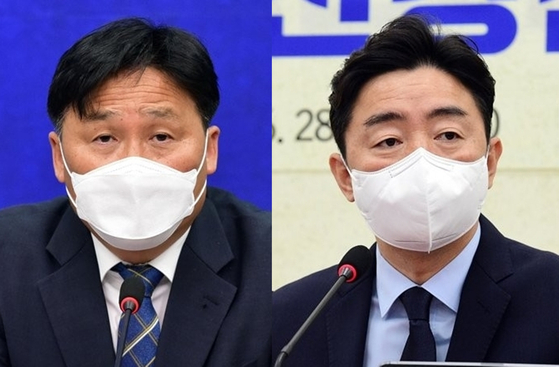 Reps. Kim Young-jin and Kang Hoon-sik’s roles in Lee’s election campaign committee have also been strengthened. Kim, who served as head of the situation room, is now general affairs chief, while Kang goes from political affairs coordinator to chief strategist.

A group of five senior DP officials, including Rep. Youn Kwan-suk, the party’s secretary general, chief policymaker Park Wan-joo and chief strategist Rep. Song Gap-seok, offered to resign with the aim of forging a new DP and reinvigorating Lee’s election campaign in a press conference Wednesday. Presidential candidate Lee in turn bowed on his knees to apologize for his party's shortcomings and promised reform of the DP.

While DP chairman Song Young-gil holds the authority to make appointments, such decisions were based on the wishes of presidential candidate Lee.

Rep. Koh Yong-jin, chief spokesman of the DP, said in a briefing at the party’s headquarters in Yeouido, western Seoul, Thursday, “The appointments signify Lee Jae-myung’s intentions to renew the election campaign committee in a competent and mobile manner, according to the will of the people.”

He added, "The party’s chief and candidate were of the view that these two individuals who have worked together with the candidate for a long time and recently have shared the intentions of Lee should be appointed."

Both Reps. Kim and Kang have held strategist positions in the party previously under veteran politician Lee Hae-chan, a former head of the DP.

Lee’s election campaign lacks a campaign director. Thus, the two lawmakers’ appointments are expected to fill that void with Kang serving as the strategy maker and Kim as the person responsible for implementing such strategies.

Kim said at the press conference, “We will bring change and make quick decisions through the organic relationship between the party and the election campaign committee.”

Kang likewise said that the election committee will be streamlined from the current 16 divisions to six to seven divisions.

Kim, a native of South Chungcheong, has been considered a right hand man to Lee, supporting the former Gyeonggi governor since talks of a presidential run first came up last year. He also oversaw policies for Lee’s DP primary presidential campaign in 2017.

Kim was also a junior to Lee during their time at Chung-Ang University. He is also a member of a group comprised of seven lawmakers closest to Lee, which also includes DP Reps. Jung Sung-ho and Kim Byung-wook.

Kang entered politics as a protégé of political heavyweight Sohn Hak-kyu, a former Gyeonggi governor and former head of the DP.

Lee in turn sported a new hairdo Thursday, dying his gray hair black, in another show of his “intention to change,” according to his election campaign officials.

The party did not replace chief policymaker Park Wan-joo, who had also offered to resign, for the time being, taking into consideration the importance of continuity in their legislative activities, including budget and livelihood bills in the National Assembly. 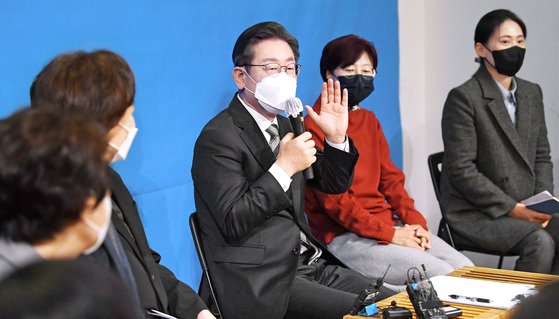