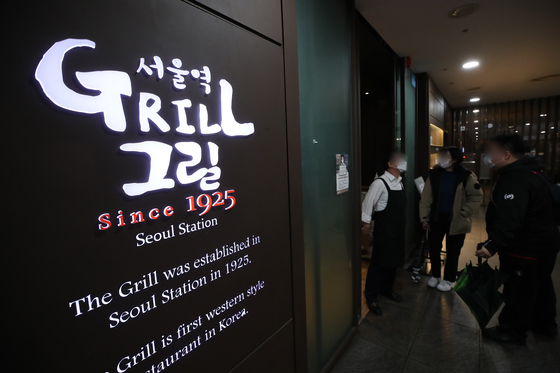 A notice informing customers that the restaurant is going out of business posted in front of its entrance in Seoul Station on Tuesday. The Seoul Station Grill, which opened in 1925 while Korea was under Japanese occupation, is the first restaurant in the country to serve western-style cuisine such as tonkatsu, or pork cutlet and hamburger steak. The impact of Covid-19 impact is considered to have played a role in the closing of the almost century-old restaurant. [YONHAP]