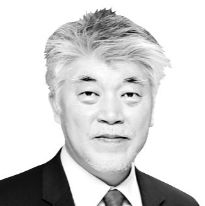 Choi Jae-wook
The author is a professor of preventive medicine at Korea University.


After soaring to 30,000 daily cases of Covid-19, the number has suddenly plunged to about 200 in Japan. To explain the remarkable turnaround and the contrast with Korea — which saw its daily cases surge to over 5,000 on Tuesday — a diverse set of analyses and arguments are pouring out.

Some people blame Japan’s failure to detect infections with the Delta variant as a result of its slack application of test kits, including Korean ones. Others attribute the amazing turnaround in Japan to a decrease in its Covid-19 tests due to difficulties for citizens with no or moderate symptoms to receive the tests due to their high cost, up to 200,000 won ($170), whereas the test is free in Korea. Some radicals even contend that the Delta variants “spontaneously” vanished in Japan. But these arguments are mostly lacking in scientific grounds.

The fact is that Japan imports and uses Korean test kits. Japanese citizens can purchase them for self-diagnosis though medical institutions don’t use them due to regulations on importing them as medical diagnosis equipment. Japanese hospitals instead have been using American or European test kits. So, the argument that Japanese public health authorities cannot detect infections with the Delta variants is totally wrong.

In terms of the number of Covid tests per 1 million people, Japan ranked 141st with 220,000 tests, quite lower than the global average. However, compared to Korea’s 307,000 tests per 1 million people — ranked 126th in the world — the gap does not make a significant difference. Therefore, linking the relative lack of tests to a steep reduction in daily cases in Japan is not convincing.

A theory by Japan’s National Institute of Genetics that the Delta variants destroyed themselves due to their genetic errors is just a hypothesis. Contrary to its argument, the Delta variants became a dominant type of virus for a greater number of people not only in Japan but around the globe.

Another theory based on the difference of vaccines also needs scientific scrutiny. There is no big difference between Korea and Japan in their “full vaccination” (two shots of vaccines) rates — say, Korea’s 79.0 percent vs. Japan’s 77.2 percent. But Korea mostly used AstraZeneca vaccines in the initial stages while Japan used only Pfizer and Moderna vaccines from the beginning. Thanks to the choice of the two vaccines early on, Japan still enjoys the efficacy of the vaccines, some experts contend. Their argument is meaningful given an increasing number of “breakthrough infections” — and consequential deaths — for the elderly in Korea after getting AstraZeneca shots.

Some medical experts attribute the dramatic shift between Korea and Japan to a gap in their vaccination rates for teenagers. 68.7 percent of Japanese teens are fully vaccinated while only 15.4 percent of Koreans are. However, given the age group’s relatively small size in each country’s total population — and their lack of public contacts compared to their older counterparts — the gap in vaccination rates between the two countries can hardly explain the drastic decrease in daily cases in Japan.

Some medical scientists also contend that many Japanese people acquired natural immunity after recovering from infections. In May, the Institute for Health Metrics and Evaluation (IHME) — an independent global health research center at the University of Washington — released the results of its research on the number of deaths from Covid-19. The institute projected the actual number of deaths from Covid-19 to be at least twice the numbers officially announced by governments around the world. Tokyo said 10,390 people died of Covid-19, but the IHME estimated the number to reach 108,320 — more than ten times more than Japan’s official announcement. Only a nationwide epidemiological study can clear deepening suspicions on the numbers.

Diverse opinions are a prerequisite to the advancement of science. But only when those arguments are firmly based on science can they be used for the development of society. History is full of tragedies in which massive damages were caused by unscientific arguments with political purposes. The same standard also can apply to the drastic — and somehow enigmatic — reduction in daily Covid-19 cases in Japan.