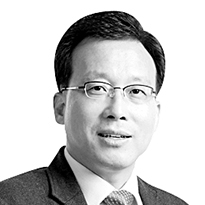 
In one of five policy goals revealed in May 2017, the Moon Jae-in administration announced the goal of building “A Nation Taking Responsibility for Individual Lives.” Under this policy, the government promised to realize five sub-goals: building an inclusive welfare state, childcare and education guaranteed by the government, a safe society, a fair society free of labor and sexual discrimination and a country of culture filled with freedom and creativity.

A slogan saying the government will take responsibility for your life might be attractive to some. It makes them think the government will do everything for you. The weak in our society, suffering from hardships caused by wealth polarization, are easily fooled by such populist slogans.

But nothing is free. The Moon administration unreasonably increased welfare spending. For instance, the number of patients who are taking expensive magnetic resonance imaging (MRI) tests for simple headaches has increased 42 times after the government implemented its new healthcare policy. Because MRIs are now covered by state health insurance, people are increasingly taking them. That will eventually escalate premiums.

The government also started to offer free education for high schools this year. Cho Hee-yeon, superintendent of the Seoul Metropolitan Office of Education, decided to offer free tablet computers to seventh graders in the city next year with a 60-billion-won ($50.7 million) budget. Though the number of students is decreasing, 20.79 percent of domestic tax revenues is allocated to financial grants for local education. As a result, regional education offices are happy with the handouts and education office heads are bluntly trying to buy votes for reelection. And yet, the public servants of the Finance Ministry are doing nothing about it.

After the Covid-19 pandemic hit Korea, the government gave out relief grants to the public and its power over them grew further. The government has been keeping tabs on all movements of citizens who visit restaurants and cafes. While the government’s power grew, citizens’ freedom and autonomy have shrunk, causing the state to advance while the private sector retreats just like in China.

After the landslide victory of the Democratic Party (DP) in parliamentary elections last year, the ruling party railroaded through the assembly many sensitive bills, allowing the Moon administration to do whatever it wants. The party — and the tone-deaf government — acted in concert against reality. Many are suffering housing instability due to the revised rent control laws. And yet, they are still pushing forward pork-barrel policies rather than developing the economy. Predatory populism is rampant. The comprehensive real estate holding tax has become a cruel punishment to the retired population, which will eventually trigger rent hikes.

The National Assembly’s Public Administration and Security Committee passed a bill last month designed to offer criminal indemnity to police officers. If it passes on Thursday, police officers, even if they caused damages while enforcing the law, will be barely liable for criminal accountability if they prove the damages were not intentional or if there was no serious negligence. Is it appropriate to give more power to a disgraced police? When the police use its power excessively, the people’s freedom will shrink further.

Moon recently had a “dialogue with the people,” but the meeting was extremely disappointing. There were no sharp questions about the people’s hardships from the government’s failed Covid-19 response and real estate policy, not to mention the Daejang-dong development scandal. We wondered if the panelists really raised the questions on the minds of a majority of the people. The event was criticized as a “gathering of Moon’s fans” — an equivalent of “The Truman Show” directed by Tak Hyun-min, Moon’s aide on protocol.

Asked about his biggest accomplishment, Moon said, “Korea has become a world top 10 in almost all areas ranging from pandemic response to the economy, democracy, public health and medicine, culture, diplomacy and defense.” When he patted himself on the back, the country had over 3,000 Covid-19 infections a day.

On Nov. 29, shortly after that event, the government made a shocking announcement. It said all new Covid-19 patients must stay at home as there were not enough ICU beds in hospitals. The government predicted a drastic surge in cases after it started its “With Corona” policies, but failed to prepare enough wards. And yet, it blamed the people for its failure.

While the government was restricting the people’s right to medical treatment, it made no apology. Is it telling the people to endure the situation as it takes responsibility for citizens’ lives? We are now living under a dinosaur government with immense power to decide our survival.