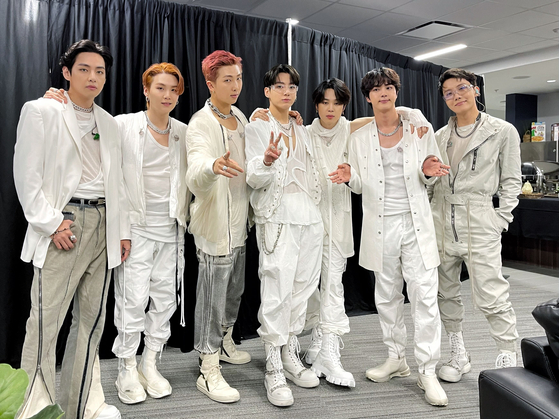 
All seven members of BTS had more than 16 million Instagram followers a day after signing up for individual accounts with the Meta Platforms-owned social media site.

Until Monday, the band's social media presence was collective, with a joint Twitter account used by all seven members. It also directly communicated with fans through Weverse, a fan community platform created by HYBE, the management company behind BTS.

Member V was the fastest to 1 million, in just 43 minutes. It took Angelina Jolie a full hour to hit that mark.

The boy band is set to take a second extended period of rest since its first in 2019, HYBE's Big Hit Music announced on Monday.

The agency added that the band will focus on preparing for a concert in March in Seoul and the release of a new album that will mark the beginning of a "new chapter."