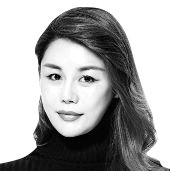 Kang Hye-myung
The author is a soprano singer.


On November 25, the Education and Culture Forum and the Artists’ Solidarity hosted a job forum for young artists at the National Assembly. Sponsored by the Ministry of Culture, Sports and Tourism, the Arts Council Korea, and the Federation of Arts and Culture Organizations, the forum was attended by lawmakers and officials from related ministries and committee members, as well as young artists.

As economic downturn continues due to Covid-19, youth unemployment has become the most important issue in our society. Among 10,000 young artists graduating from art colleges every year, fewer than 10 percent find a job. Despite the government’s efforts to create jobs for young people, employment for young artists is still a weakness in policymaking.

According to data from the Arts Council at the forum, the council’s “Cultural Center Training Program” has only converted 13 percent of the 876 trainees to regular employment in the last four years. At the same time, 31.5 percent of the young artists left the arts scene to engage in other professions. The training program itself could be satisfactory to a certain degree but contributes little to creating jobs for young artists.

Currently, there are 255 cultural centers registered with the Federation of Arts and Culture Organizations in Korea. At the forum, the culture ministry’s data showed that only 38 percent of the programs at cultural centers were available. The ministry official pointed to a lack of planning workforce. But the government mostly focused on enhancing local infrastructure, such as building cultural centers, while leaving the task of hiring professional staff to local governments in charge of operating the centers. A ministry official said the National Theater plays the role of a “production theater” while Seoul Arts Center plays the role as a “presenter theater” to showcase various performances and exhibitions.

Performers should rent a space and pay for it. That means Seoul Arts Center is a facility the state gets money from charging artists for the space to show their performances to audiences. Among 380 regular jobs at Seoul Arts Center, none is an art position.

If so, who are the major customers of Seoul Arts Center — the artists who pay the rental fee or the audiences who visit to see performances? I had an interesting idea. What if I rent La Scala in Milan? World music scene still raves over La Scala because of the mesmerizing power of the theater’s contents supporting the historic symbolism of the space. That power comes from professional staff who can plan contents of the theater. If our preferential appointments and operation without professionals in the field do not change, the challenges in arts and culture won’t improve easily.

Cultural centers should be a place where artists can display their talents, provide quality performances to the audience and enjoy fruits of their labor as members of the society. If private cultural organizations mostly form the performing arts market — as in Korea — public theaters have the obligation to actively cooperate with them and provide more a stable theater environment.

According to the current performance law, the field of cultural and artistic professionals is limited to technical positions for facility management.

In other words, theaters are required to hire stage directors, sound and light technicians. When the government draws up a basic performing arts promotion plan for theaters, training and support for performing artists should be basically included, but performing arts professionals who can develop content are excluded.

Improvement measures are desperately needed. It is necessary to legislate that the range of professional workforce limited to technicians be expanded to allow the hiring of art planning professionals. When cultural centers become an art director-centered platform to initiate productions, local culture will be vitalized and jobs can be created for artists. A society where young people can get a job according to their major will be the epitome of a welfare society.

Pragmatist philosopher John Dewey said that as embodying a public feature is a task for democracy, the solution should be found in the public sphere. The current law that does not acknowledge artists as professional staff at cultural centers must be revised. The government must work on sustainable policies rather than temporary support.

Creating an agency for children (KOR)

Racing without the fans