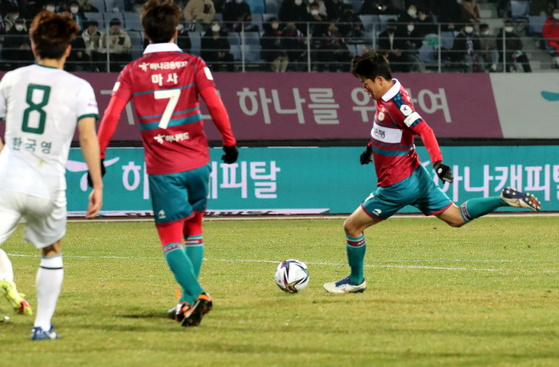 Daejeon Hana Citizen midfielder Lee Hyeon-sik scores the only goal in his club’s 1-0 win against Gangwon FC in the first leg of the K League’s promotion-relegation playoff on Wednesday. If Daejeon can hold on to their lead through the second leg on Sunday, they will be promoted to the K League 1 and Gangwon will be sent down to the K League 2. [NEWS1]