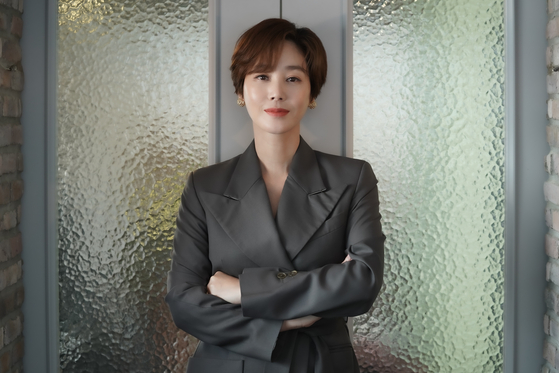 
Actor Kim Sung-ryoung became the new Minister of Culture — in the Wavve online drama “Going to the Blue House Like This” — and showed how political dramas, too, can be witty.

The online drama released last month has 12 episodes total, each of which is about 30 minutes long. Local streaming platform Wavve noticed a large increase in the amount of time its users were spending and saw many new subscribers after introducing the political comedy drama on its service.

“This drama is like a casual eatery where really good food is served, rather than a restaurant that serves some fancy dishes,” Kim said in an interview with Ilgan Sports, an affiliate of the Korea JoongAng Daily. “Not so many of the actors in the drama are well-known to the public, but the drama was so much fun. It's a real hidden gem.”

The actor, who plays the role of the minister whose husband is kidnapped, sat down to share more about what she thought about the drama and how she got along with the team. Below are edited excerpts of the interview.


Q. Why do you think this drama was so popular?

A. There haven't been that many TV dramas that tell a political story in a witty yet very practical way. Also, the fact that the story was centered around women was so refreshing. That made people want to keep watching the show.


Did you hesitate when you got the script?

I had worked with the director, Yoon Seong-ho, about 10 years ago in the 2010 film “Read My Lips.” I have good memories of filming then, and such memories provided me with positive inspiration. I remember it felt nice, because I was acting without feeling any sort of burden back then. That’s why I didn’t hesitate when the director all of a sudden contacted me with a part. We have already built up our trust.


You are the most well-known actor among all the cast members for the drama. How did that make you feel?

I felt burdened because I was playing the lead. I went to the first reading of the script and saw that I had worked with none of the other actors before. After the first reading session, I felt that [everyone was so talented], and I was the one that needed to do well [to keep up with them.] I really wanted to ask the director whether he had known them for some time, or had cast them through auditions. 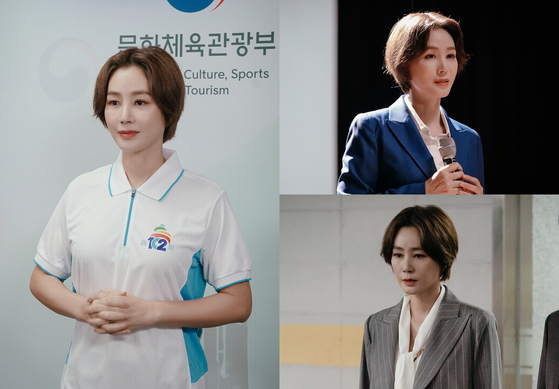 
Did you study any real politicians to play your character?

I had taken a look at former female ministers and lawmakers, and how they dressed themselves. All the outfits I wore in the drama, we got from a clothing studio many woman politicians often go to. We asked the designer at the studio to work with us, so most of the outfits are specially made.


What was it like to live the life of a politician, at least during filming?

It was actually very nice (laughs). I had a bodyguard, a secretary and a representative, so it was nice. But at the same time I felt something bitter, debating what politics really is all about. I began to wonder whether politicians actually do real work, as it seems like they just [try to bring people to their side] all the time. It seems like they make a lot of promotional videos and squeeze things out of their limited budget.


How about memorizing the lines?

It was difficult. The terms that aren't part of my daily colloquial vocabulary were difficult to memorize. The names of the ministries like the Ministry of Culture, Sports and Tourism or the Korea Tourism Organization, or terms like top security on nuke were difficult.


What about acting as your character in general — was that also difficult?

I really debated a lot. Under Yoon's direction, and through the script, I really learned a lot. Maybe it’s because the director wrote the script, but everything really fell in the right spot and came together. The director seemed like a conductor in an orchestra. He really did bring out the most from the actors and created harmony. But sometimes, because I knew [I could just follow the directions], I went to the set not fully prepared.


Were there any other interesting interactions your character had in the drama?

It was difficult to set the relationship with the husband, surprisingly. I was really not convinced with the lines of my character asking the whereabouts of the pet dog when the husband was kidnapped. In the last episode, due to my character’s attitude toward her husband, it seems like all the trust the citizens had for my character really collapsed. 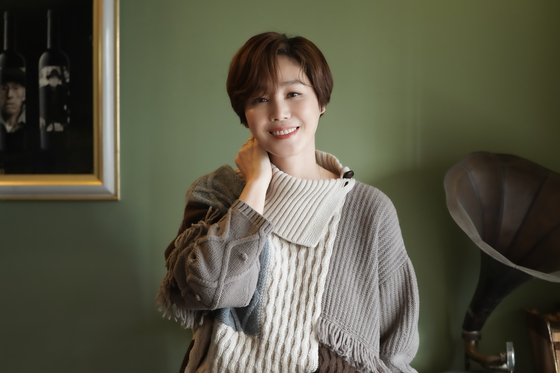 
Have you found any similarities between you and your character?

I have been acting for about 30 years. I have taken a few break due to giving birth and the pandemic, but I never let my work completely go away. Maybe the fact that I have worked constantly is something similar I have with my character. The difference might be whether I am as greedy as she was about making things happen for me.


Is there any particular review that you remember?

Some comments said this drama is better than “Squid Game.” Some others said this was the best drama of the year, and it should go on to produce a season 5, not just one sequel. Checking the reviews online is something I do for fun these days.


Can we expect to see a season 2 soon?

If a second season is ever going to be made, my character would start to show her real passion for political power. I think the drama had set all the groundwork to make another season.

Going back to school in September? (KOR)