'Chagall and the Bible' leaves room for viewer's own interpretations

'Chagall and the Bible' leaves room for viewer's own interpretations 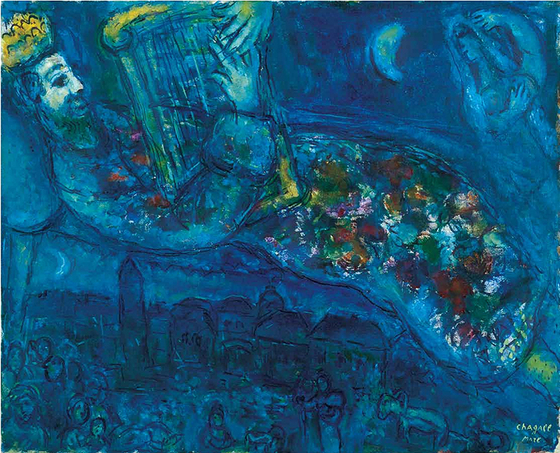 
Marc Chagall (1887-1985) has always found inspiration in the Bible, leading him to create artworks with messages of love and celebrations of life.

The colorful, dreamlike imagery of Chagall’s works is perhaps what helped him become the well-known 20th-century artist that he is today.

“Chagall and the Bible,” a retrospective of works by the Russian-born French artist, attempts to dive into Chagall’s visual interpretation of the Bible. Some 220 pieces are on display at My Art Museum in Gangnam District, southern Seoul.

These works include oil paintings, lithographs, gouache (pictures that are painted using opaque watercolors) and large tapestries spanning 4 meters (13 feet) in height. The collection comes from the Chagall family and the Kunstmuseum Pablo Picasso Münster in Germany. 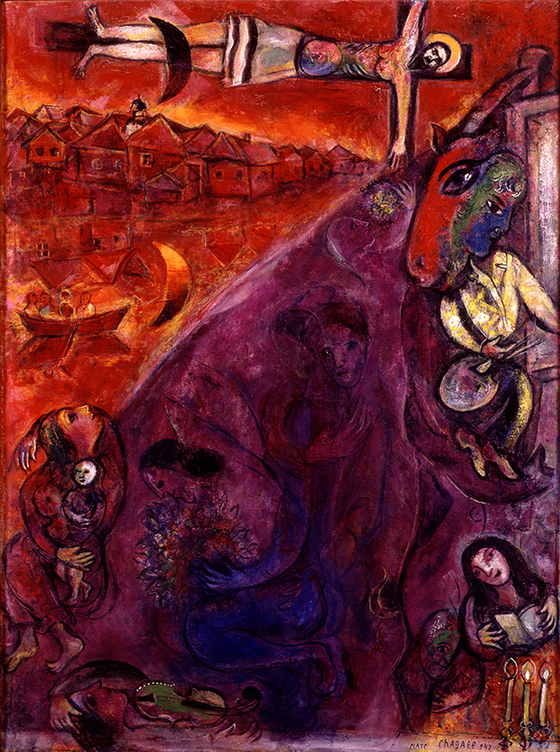 
Chagall, who was Jewish, first found inspiration in the Bible during his trips to Jerusalem where he was commissioned to illustrate the holy book.

Both of the World Wars also played a role in his art.

When Adolf Hitler gained power in Germany from the 1930s, artworks in German museums, including Chagall’s, were deemed “degenerate.” The Nazis were against modernist art — anything intellectual, Jewish or even difficult to understand was confiscated.

Later in 1941, during World War II, Chagall fled to the U.S. to seek refuge and painted about the violence of the war and the hostility toward the Jews. On display at the exhibition is “Resurrection on the Riverbank” (1947), one of Chagall’s representative works created during these trying times.

Also on display are 105 etchings based on scriptures in the Bible, depicting themes from the Old Testament and the landscapes of Jerusalem. They show Chagall’s interpretation of the Bible from an artistic perspective. Such depictions of Noah, Abraham, Isaac, Jacob and many more evoke the sense that viewers are reading a picture book. Interestingly, Chagall intentionally covered the faces of the biblical figures in order to stir up the viewer’s imagination. 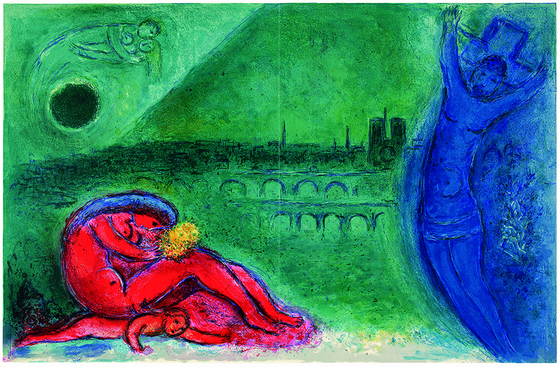 
Chagall is said to have been uncomfortable when asked about the meanings of his artworks and symbolism, Yoon Seok-hwa, the docent at the exhibition, told visitors on Nov. 30. Like how there is a black full moon in the intensely green “Quai de la Tournelle〈Regards sur Paris〉” (1960) and how it may seem to be bursting with symbolism. Chagall rather painted according to intuition.

However, this does not mean that his works are spontaneous and devoid of meaning. The true worth and depth of Chagall’s paintings come from looking at them steadily and slowly, for a long time, as they all express his love for humankind.

“Towards Another Light” (1985), also on display, was Chagall's last color lithograph before his death that same year and reflects the artist's determination to paint despite all the hardships throughout his life. 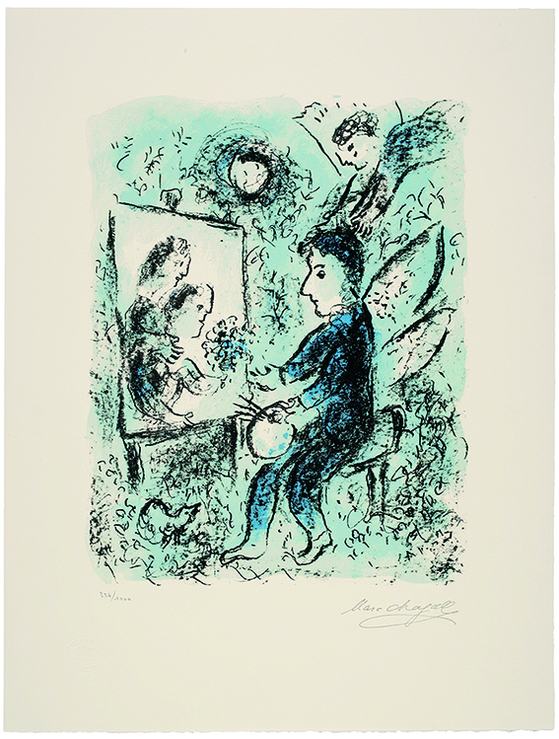