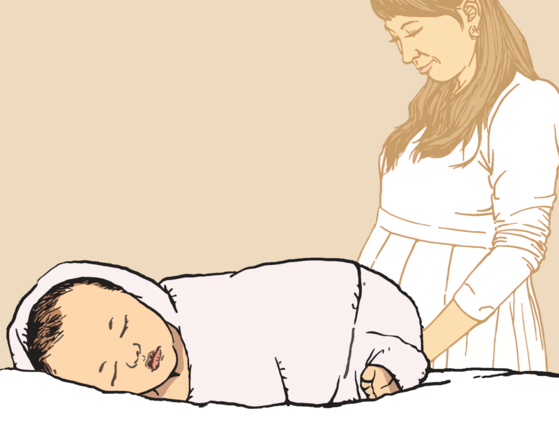 LEE KYONG-HEE
The author is the head of the innovation lab at the JoongAng Ilbo.

A dead cross population happens when the number of deaths is higher than the number of births, resulting in a natural decline in population. The origin is the “Russian cross.” In 1991, when the Soviet Union fell, the population in former member states, including Russia, and Eastern European countries decreased. The death rate rapidly increased due to poverty, famine and alcoholism while the birth rate fell sharply.

The natural decline of Russia’s population continued for more than 20 years after the death cross in 1991. The fertility rate began to recover in 2006, thanks to economic growth and incentives. The number of births finally exceeded the number of deaths in 2013.

An earlier-than-expected death cross is largely due to the tendency of delaying marriage and childbirth because of the pandemic. Countries that were hit hard by the pandemic, such as the United States, Italy and Spain, also saw a drop in the fertility rate last year.

In the United States, the number of home births last year was 45,646, a record high since 1990. So many mothers chose to give birth at home, because of the overcrowding in hospitals and fear of potential infection.

I am worried that the pandemic in Korea is starting again. Systematic and psychological support for mothers to feel safe and have children will be an important policy incentive if Korea wants to beat its population death cross.