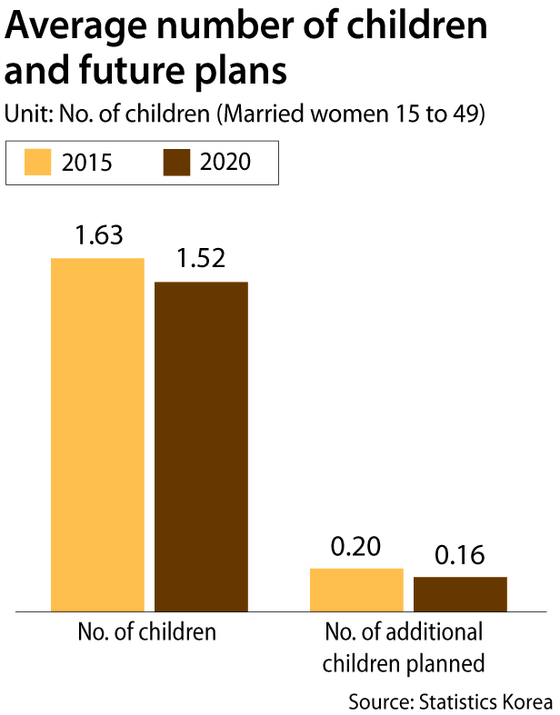 One in seven married women in Korea have no children, and of them, half have no plans to give birth.

That accounted for 14.5 percent for all married women in Korea, up 3.3 percentage points compared to 2015.

Statistics Korea said the Covid-19 pandemic is not a big reason for the reluctance to have children.

"Since we compare last year's data with data from 2015, we can't say the pandemic had no effect at all, but the influence would not be that huge," Jeong Nam-su, a Statistics Korea official, said in the report.

The number of newborn babies is likely to decrease further, the agency suggested in the report.

"The Covid-19 pandemic could be the largest contributing factor why parents spend more time with their kids during daytime," Jeong added.