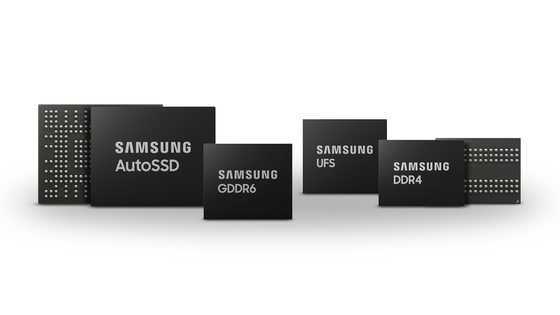 The remaining are for facilitating the autonomous driving of electric vehicles: a 2-gigabyte GDDR6 and a 128-gigabyte Universal Flash Storage.

The chipmaker said that the increased media consumption on infotainment systems — ranging from video streaming to gaming — has led into heightened demand for high-performing automotive memory chips.

"With the recent proliferation of electric vehicles and the rapid advancement of infotainment and autonomous driving systems, the semiconductor automotive platform is facing a paradigm shift," said Han Jin-man, executive vice president and head of memory global sales & marketing at Samsung Electronics.

"What used to be a seven to eight-year replacement cycle is now being compressed into a three to four-year cycle, and at the same time, performance and capacity requirements are advancing to levels commonly found in servers," he said in a statement.