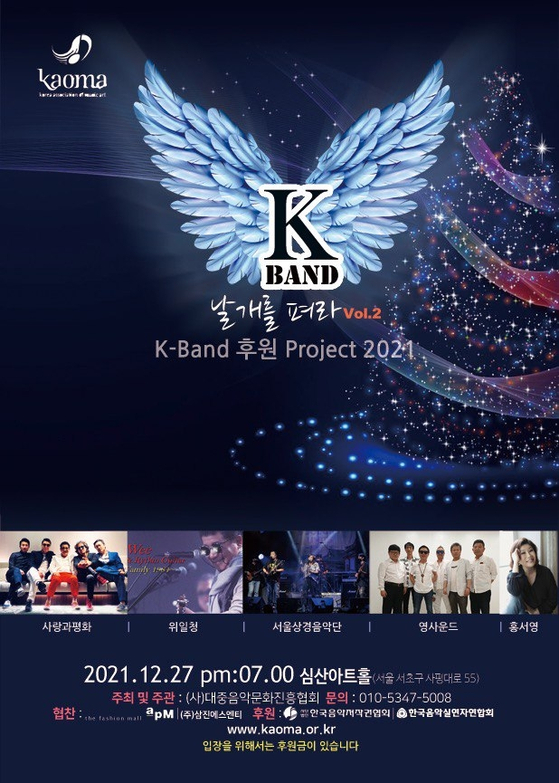 A concert hosted by the Korea Association of Music Art has been postponed due to Covid-19. [KAOMA]


A concert scheduled to be hosted by the Korea Association of Music Art has been postponed after the government announced strengthened social distancing restrictions.

“After discussion with the committee members, we decided to cancel the concert [in December] and postpone the event until March due to the spread of the Omicron variant of Covid-19,” the association said Thursday.

The concert, titled “K-band Spread Your Wings” (translated) was to be held on Dec. 27 at Shimsan Art Hall in Seocho District in southern Seoul. The concert is hosted to promote bands who are struggling due to a lack of publicity.


“We were told that an offline concert would be impossible,” the association said. “We have arrived at the conclusion that a transition to online would defeat the original purpose of this concert, which was aimed to provide live enjoyment to audiences.”