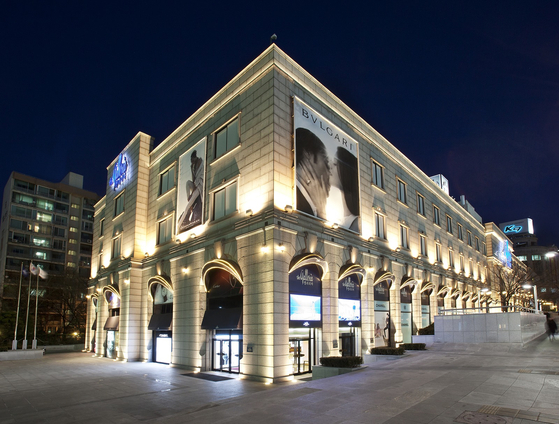 Ms. Hwang, an office worker in her thirties, originally planned to go on vacation abroad this year, but had to cancel her trip due to the Omicron Covid-19 variant. Instead, she decided to purchase a luxury designer bag at a department store with the money.

“I can’t travel abroad, and I might as well buy something so I can reduce my stress,” said Hwang.

With vacation plans canceled and extra money on hand, purchases at department stores have been on the rise. There were only five branches that surpassed 1 trillion won in sales last year, but there are already 10 as of mid-December.

Galleria Department Store announced that sales at its Luxury Hall in Apgujeong-dong, southern Seoul reached 1 trillion won as of Dec. 15. It is the first time the store's sales have surpassed 1 trillion won since it opened in 1990.

There are five newcomers to the 1-trillion-won club this year, including Shinsegae Department Store's Daegu branch, which reached the goal in November. It took the branch 4 years and 11 months to do so, becoming the fastest department store in Korea to achieve the milestone. 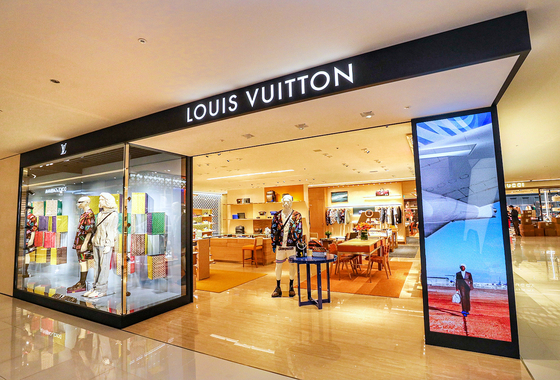 
Luxury purchases are the biggest driver of department store sales.

According to the Ministry of Trade, Industry and Energy, sales at the three major department store chains — Lotte, Shinsegae and Hyundai — rose 21 percent on year in October. When looking specifically at sales by luxury brands, it rose 39.4 percent on year.

“We shifted our focus to men’s luxury brands, jewelry and watches ahead of other department stores, which lead to higher sales,” said Kang Shin-ho, head of Galleria Department Store’s luxury division.

Sales of the Luxury Hall's high-end jewelry and watch brands through November this year rose 67 percent on year, and men’s luxury brands rose 35 percent on year.

Hyundai Department Store’s Apgujeong branch is known as a small department store, with only five floors instead of 10 normally in others. However, it has the biggest Rolex store in Korea and is the only one to have a two-floor Hermes store.

At the branch, sales by VIP customers through November this year rose 31 percent on year.

“We thought people would purchase less in the second half of this year as more people travel abroad, but people are spending more as Covid-19 is spreading again,” said a spokesperson for one of the department stores.

Department stores are also appointing leaders with a stronger focus on high-end fashion. Lotte in November named Jung Joon-ho as the new CEO for Lotte Department Store, the first person in the post that has not worked solely at Lotte companies. Jung in the past worked at Shinsegae International, importing Moncler, Dolce & Gabbana, Maison Margiela and exclusively bringing in Giorgio Armani to Korea.