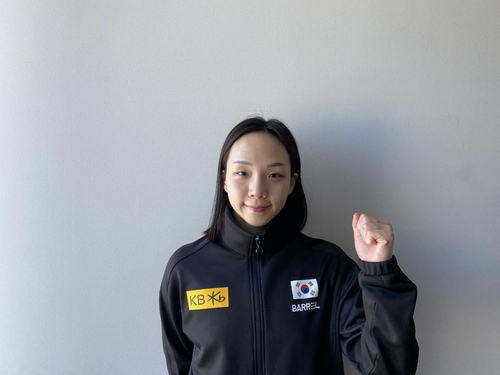 Kim swam the 200-meters with a time of 2:09.94 and finished last out of the eight finalists, 5.65 seconds behind winner Sydney Pickrem of Canada. In the 200-meter medley, swimmers swim four 50-meter laps, alternating stroke with each lap in the order of butterfly, backstroke, breaststroke and freestyle. Kim’s best-ever time is 2:06.12 set in 2017.

Kim started out the race in the middle of the group but dropped down to eighth in the breaststroke lap and could not recover in the last freestyle dash.

Kim is a three-time Olympian, having competed at the 2012 London Olympics, the 2016 Rio Olympics and 2020 Tokyo Olympics, but failed to reach the final in any of her events. At the Tokyo Olympics, Kim finished 16th in the women’s 200-meter medley semifinals, failing to advance to the medal stage.

In the preliminary rounds, Hwang’s 100-meter freestyle time was 47:31 to earn him the last seat in the semifinals. Hwang then swam a time of 46:46 to finish fifth out of 16 swimmers in the semis to earn a seat in the medal race. His record of 46:46 ties his national record set last October at the FINA Swimming World Cup in Doha, Qatar.