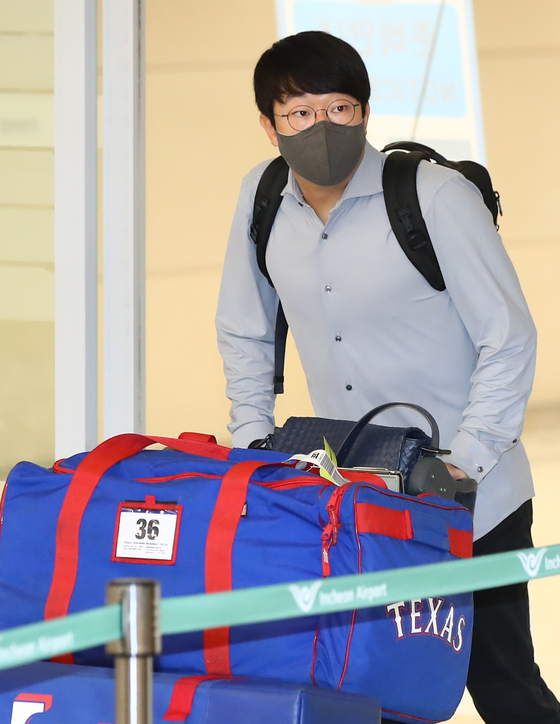 
Yang Hyeon-jong's highly-anticipated return to the Kia Tigers is still up in the air, with the club reporting Wednesday that the two parties had still not agreed on his new contract after five rounds of negotiations.

According to the JoongAng Ilbo, the Tigers met with Yang at Gwangju-Kia Champions Field on Wednesday for a fifth round of negotiations. Kia reportedly presented its revised final offer, but Yang left the meeting without signing. The former major leaguer reportedly requested a little more time to think.

The Tigers are reportedly offering Yang a deal worth worth 10 billion won ($8.4 million) for four years, but whatever the terms of that deal are, Yang and his representatives clearly don't think they are favorable.

After playing his entire career in Gwangju, Yang left the Tigers last year in favor of a minor league deal with the Texas Rangers, where he hoped to break into the big leagues and make a name for himself. He ended up having a rollercoaster year, shuttling between the majors and minors in the Rangers farm system.

Yang was called up in late April, debuting on April 27 with an impressively long relief appearance, pitching four and one third innings and giving up five hits and two runs while striking out one for a 4.15 ERA. Yang's four inning stint was the second-longest relief appearance ever by a Texas Ranger in his MLB debut, but things quickly started to go awry for the fledgling Texan and he was sent down again in June after a difficult few starts.