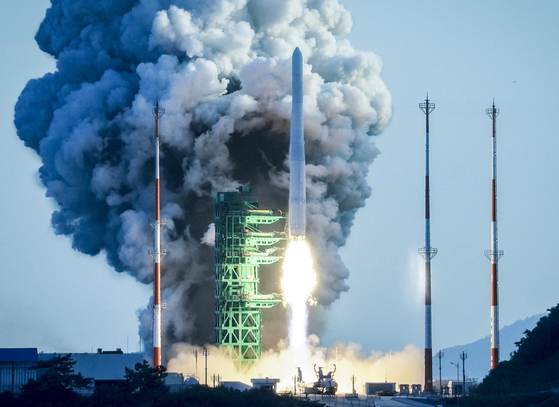 Where Korea has not gone before

A rocket using homegrown technology blasted off on Oct. 21 and made it into space, a major milestone in Korea’s decades-old efforts to make it into space.

But the Korea Space Launch Vehicle-II (KSLV-2), also known as the Nuri-ho, wasn't a complete success since a dummy payload failed to remain in its targeted orbit.

The three-stage, liquid-fueled KSLV-2 rocket was supposed to send a 1.5-ton mock payload into a low orbit around 700 kilometers (435 miles) above the Earth. The Nuri-ho sailed through all the stages before the separation of the payload. 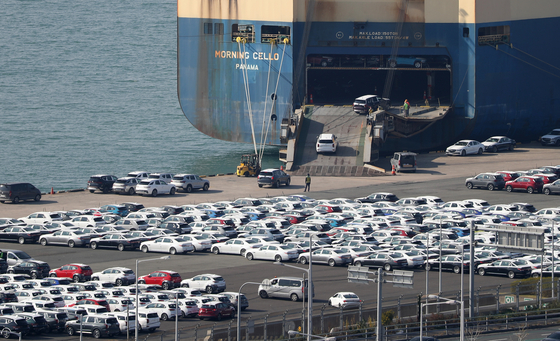 A shortage of chips crashed through the world's auto industry in 2021, leading to production slowdowns, long waiting times for popular models and the number of vehicles sold dropping dramatically.

Blame the pandemic. When Covid-19 broke out in 2020, automakers predicted the demand for new cars would dwindle and canceled orders for the chips that are increasingly needed in vehicles. That was a blunder. Due to the pandemic, demand for chips by other industries, namely consumer electronics, surged, straining supplies.

In early 2021, a blizzard in Austin, Texas, shut down major chip factories operated by NXP and Infineon. A fire at a Renesas chip plant in Japan further exacerbated the supply crunch.

Global market tracker IHS Markit said production of some 1.4 million vehicles was disrupted in the first quarter of this year due to the chip shortage, followed by another 2.6 million in the second quarter. It predicted the supply shortage will continue until the second half of 2023. 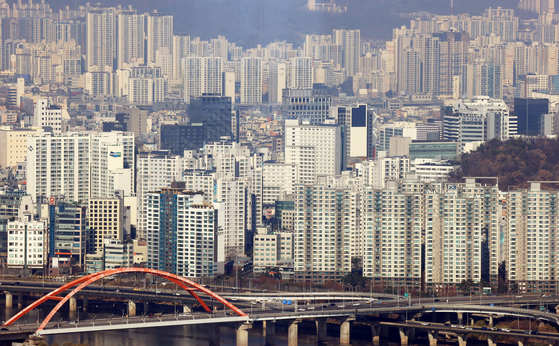 Moon Jae-in came into office vowing to tame the real estate estate market, which he believed was a playground for the rich and a punisher of the poor. He heads out after presiding over a boom that brought property prices to all-time highs.

Since 2017, Moon’s government has instituted no less than 20 sets of policies designed to cool property prices — including tightening of loan standards, big increases in taxes for property owners, and grand pledges to increase supplies of apartments — each an admission that the previous sets didn't do the trick.

In fact, all had the opposite effect than the one intended, and convinced ordinary Koreans that prices were going to keep rising.

This year alone, according to real estate information provider Zigbang, the average price of apartments in Seoul rose 7.8 percent, and in nearby Incheon they rose 23.9 percent.

The price of a 3.3 square-meter apartment has surged more than 70 percent since Moon came into office, according to KB Kookmin Bank.

Moon's failure has already been felt politically. Real estate is one of the most important issue in the March presidential election campaign. The ruling party lost important by-elections for the powerful mayoral posts in both Seoul and Busan in April. A scandal over inside information profiteering at the state-owned developer Land and Housing Corp. was another factor in those losses — and further proof that nobody believed that property prices were on the way down. 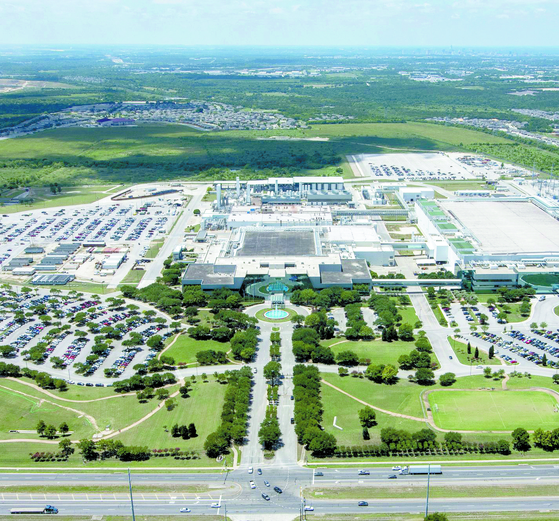 Big Korean companies pledged huge investments in the United States to protect their businesses in the world's largest economy. Samsung Electronics vowed to build a $17 billion chip factory in Taylor, Texas in a strategic move into the high-performing processor market. The tech giant plans to break ground on the factory in the first quarter of next year and start production in the final quarter of 2024. It will be the company’s biggest single investment in the United States to date. 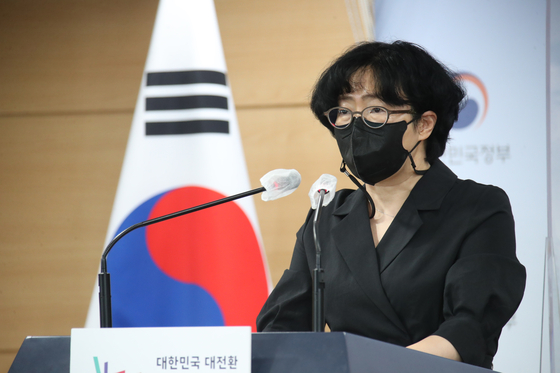 Korea fleshed out its roadmap to carbon neutrality by 2050.

Korea’s earlier goal was reducing emissions by 26.3 percent from the country’s peak in 2018. That target was upped to 40 percent.

While business lobbyists complained about the targets, some big companies embraced them. 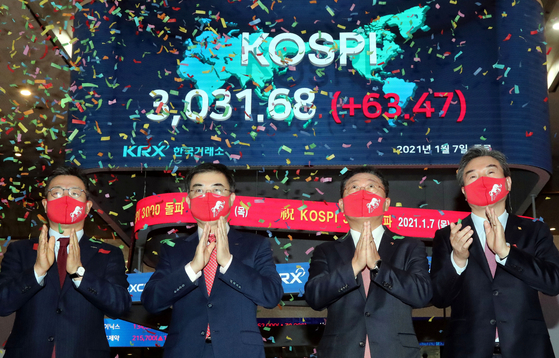 Kospi hits record, then retreats, as retail investors pile in

Korea's benchmark Kospi punched through 3,000 points on Jan. 6 as liquidity drove retail investors into the market.

They net purchased 22.34 trillion won of Kospi-listed stocks in January, after most shares rebounded sharply in 2020 following the initial Covid-driven plunge early in the year.

Government handouts only made them more enthusiastic about shares, despite institutional and foreign investors being net sellers.

The index hit 3,300 in June, but started to drop due to concerns over Covid-19 variants, inflation and supply-chain disruptions.

Goldman Sachs cut its Kospi target to 3,350 from the previous 3,700, saying corporate earning would not rise fast enough to justify higher valuations. Morgan Stanley predicted the index would trade between 2,750 and 3,150 points, down from the previous range of 2,800 to 3,200 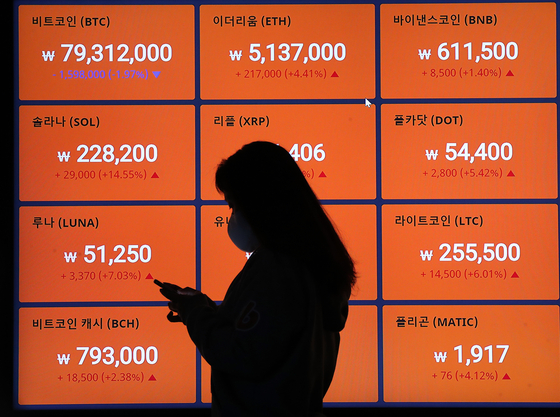 Cryptocurrency exchanges had a tough 2021 as they were required to register with an anti-money laundering monitoring body under the Financial Services Commission (FSC) by Sept. 24, or cease operating in won.

The key issue for exchanges was finding a bank that would issue accounts in the name of actual traders of cryptocurrencies, as real-name accounts are crucial to preventing money laundering. The banks were reluctant to agree to this as they didn't want exposure to customers that might engage in financial crimes or do something that would destabilize an exchange.

Only four local cryptocurrency exchanges — Upbit, Bithumb, Korbit and Coinone — were able to reach agreements with banks. Upbit, the country's largest exchange by trading volume, signed with Kbank, while Bithumb and Coinone are working with NongHyup Bank. Korbit reached a deal with Shinhan Bank.

Other exchanges have continued to operate without offering crypto-won trades, though they have had to demonstrate a certain level of information security to remain in business. Those lacking this certification have had to close.

Of those that passed, 24 were exchanges. The four with banking arrangements can offer trades into won, the others cannot. 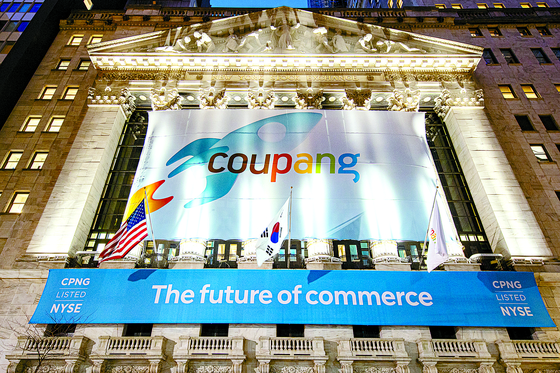 The parent of Korea's Coupang Corp. debuted under the ticker CPNG at $35, raising $4.55 billion and valuing the company around $60 billion. That made Coupang one of the 25 largest listings of all time in the United States, by deal size, at the debut.

Following Coupang, a slew of smaller rivals are scheduled to go public in 2022, including Market Kurly, SSG.com and Oasis, though they are planning domestic listings.

With all the money flowing into e-commerce in Korea, and with Emart's acquisition of No. 2 eBay Korea, the already cutthroat business is set to become more so.

Emart, which runs SSG.com, became the second largest e-commerce operator in the country following the eBay Korea acquisition based on last year's market share figures, which placed eBay Korea at third with 12 percent and SSG.com at 2 percent. Coupang had 14 percent, after Naver Shopping's 17 percent. 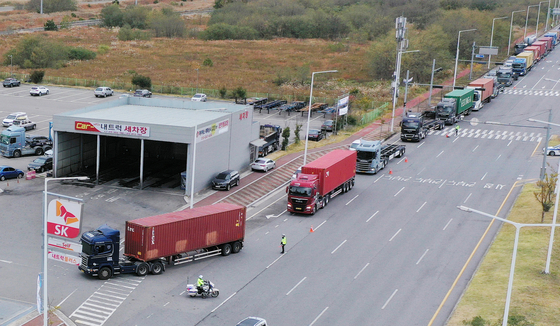 Before this year, most Koreans had only the vaguest idea of what urea is used for.

Aside from fertilizer, urea is the main ingredient in diesel exhaust fluid (DEF), which fancy cars and hard-working trucks with Selective Catalytic Reduction (SCR) systems need.

If they don't fill up their DEF tanks, the vehicles' engines can grind to a halt.

That's what almost happened to Korea's transport system in October, after China cut off urea exports. Urea is made from coal, and Australia had cut coal exports to China.

According to the Korea International Trade Association (KITA), China accounted for 66.1 percent of the urea Korea uses for vehicle use.

Cargo trucks, delivery trucks and even construction vehicles and farm equipment were suddenly unable to move.

The government cracked down on hoarding and limited the sale of DEF to gas stations. It bought emergency supplies from Australia, Vietnam and Indonesia. That stabilized the DEF supply — after Korea learned a big lesson about supply chain vulnerabilities. 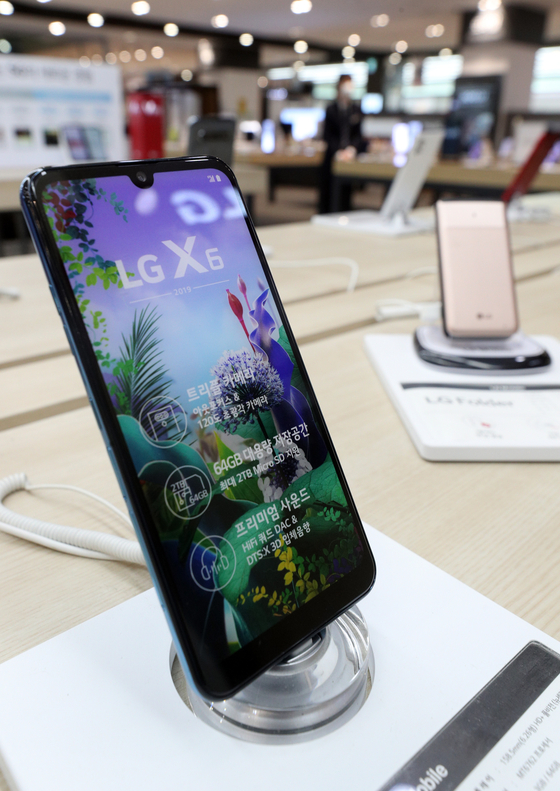 LG Electronics hangs up on smartphones

LG Electronics shuttered its smartphone business on July 31, 26 years after getting into mobile telephony.

The company had been shopping the Mobile Communication (MC) division around for some time, as it posted losses that ultimately went for 23 consecutive quarters.

In January, LG Electronics said it was open to all possibilities regarding the unit. By April, it faced reality and announced the winding down of the business, saying it "failed to actively respond" to competition, as Samsung Electronics was beating it at the high end, and Huawei, Xiaomi and Oppo, all from China, were threatening it from the low end.

An operating loss of 5 trillion won ($4.3 billion) had been accumulated in the smartphone business and was a major drag on performance, while LG Electronics also faced costs related to a massive EV battery recall in the United States. The company reported a 20 percent drop in net profit on year in the third quarter.

The MC division had not been profitable since 2015, but with the popularity of its CYON mobile brand, it was the world's No. 3 phone maker by 2010.

The arrival of the smartphone led to the decline and massive losses, as LG Electronics failed to make a smooth transition to the manufacturing and marketing of these devices.

Both LG Electronics and Samsung Electronics underestimated the Apple iPhone when it was released in 2007 and took three years to respond, the former with the Optimus Q and the latter with the Galaxy S.

LG Electronics made a number of missteps. It only sold the Optimus Q through LGT — the name of its related telecom company at the time — and the handsets faced quality issues. LG Electronics lost ground to both its local and global rivals from the start of the smartphone race.

The company stopped manufacturing smartphones in late May this year, but it said it will continue providing support and repair services to LG phone users.

LG Electronics remains committed to the technology that has been pursued by the MC division, such as 6G networks, cameras and software, which the company notes are needed for "next-generation television, home electronics, electric auto parts and robots."