Korea has been selected to participate in the El-Dabaa nuclear power plant project in Egypt, playing a role in the building of that country's first nuclear generator and adding another success in the campaign to promote Korea's relevant technologies and expertise overseas.

According to the Korea Hydro & Nuclear Power (KHNP) on Sunday, KHNP has been selected as the sole bidder of "turbine islands" for El-Dabaa nuclear power plants.

In the project, four reactors rated at 1.2 gigawatts will be built by Atomstroyexport (ASE), a subsidiary of Moscow's state-owned Rosatom, with financing from the Russian government.

KHNP, a subsidiary of Korea Electric Power Corp., will be contracted to procure equipment and materials and construct the main and auxiliary buildings of the turbine islands.

The two sides will negotiate details of the contract, including the price and terms and conditions, through the end of February before the respective boards give their approval.

KHNP stressed that it will work to expand the scope of its work with the Egyptian companies in the project.

In 2017, ASE won the order from the Egyptian Nuclear Power Plants Authority (NPPA) to construct the country's first nuclear power plant. Completion for the first unit is set for 2028, and the total value of the deal is estimated at $30 billion.

KHNP did not disclose the value of its portion of the project.

Korea is the only country with experience in building a nuclear power plant in the Middle East. The commercial operation of Barakah Unit 1 started in April 2021. 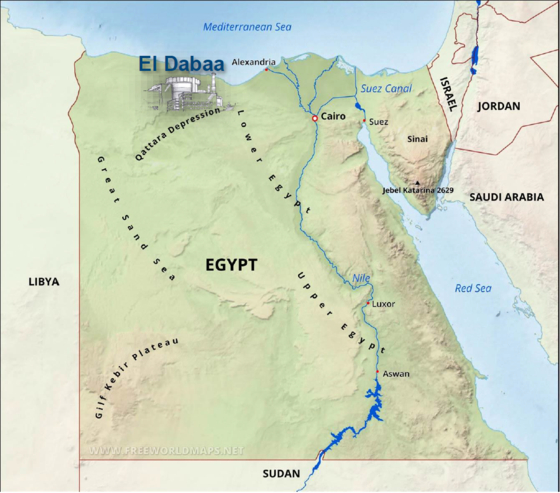 
The Korea government has been promoting its nuclear project capabilities globally as state-controlled KHNP bids for contracts in the Czech Republic and Poland.

On Nov. 4 during a meeting of the Visegrád, which includes the Czech Republic, Hungary, Poland and Slovakia, President Moon Jae-in pushed Korea's nuclear offerings.

The Korean minister said Korea will be submitting its nuclear reactor plan for the Poland project by March. Since 2018, Poland has been planning the construction of a nuclear power plant to aid in its meeting of EU carbon emissions goals.

Poland plans to build a total of six reactors by 2040.

The Czech Republic plans to build a maximum 1.2 gigawatt reactor in Dukovany in a project estimated to cost $7 billion.

KHNP in June last year created a "Team Korea," which includes private companies such as Doosan Heavy Industries and Construction and Daweoo E&C.

With 24 nuclear power plants, Korea is No. 6 globally in terms of the number of nuclear reactors it operates. According to the World Nuclear Association, 443 reactors are operating in 32 countries.