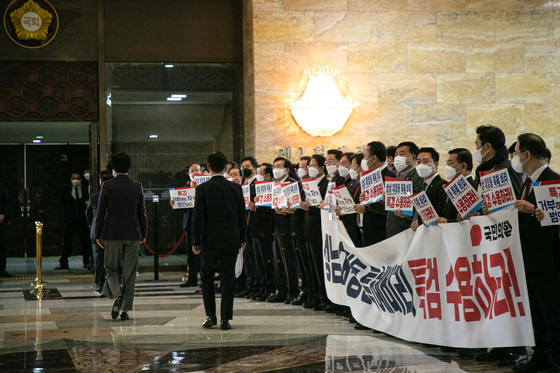 Lawmakers from the main opposition People Power Party (PPP) hold up signs at the entrance to the main chamber of the National Assembly in Yeouido, western Seoul, on Tuesday to demand an independent counsel probe into the Daejang-dong land development scandal, in which, the PPP argues, the Democratic Party presidential candidate Lee Jae-myung is involved from when he served as Seongnam mayor. [KIM KYUNG-ROK]

A special prosecutor is the answer (KOR)