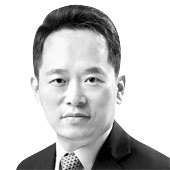 Excited by the explosive response, Lee went so far as to promise expanded insurance coverage for dental implants and a moderate deduction in national pension payouts to working seniors to target the graying population. Given the gains in his approval ratings, his campaign strategy seems to be working.

The list of campaign promises has stretched to 44 items. Many have pleased the people. Politicians need to come up with measures to meet public needs. But they must specify who’s paying the bill as there’s no such thing as a free lunch. The cost of hair-loss pills and dental implant paid by the national insurance system is inevitably charged to the public in premiums.

Lee, a former Gyeonggi governor, has a knack of presenting public policy that’s pleasing to the ear but might be painful to the purse. As governor, he promised various “basic” — or universal — benefits to residents in the province. This year, the provincial government executed basic allowances and basic loans for young people, basic allowance for farmers as well as subsidization on issuing regional currencies — and no toll fees at Ilsan Bridge. Few would say no to benefits from city, provincial or central governments. Lee’s policy is said to be hugely popular in Gyeonggi Province. He wants to expand his popular policies to national levels if he is elected president. 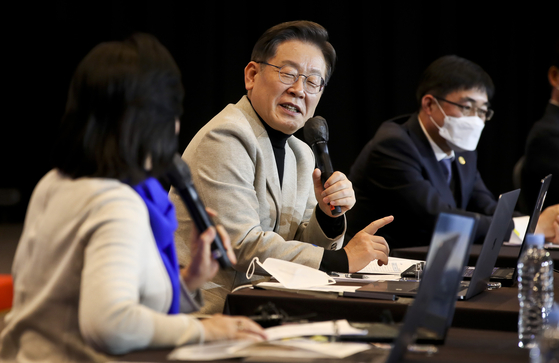 His extravagance has become unstoppable upon overtaking rival Yoon Suk-yeol from the main opposition People Power Party (PPP) in polls. Lee vowed to hand out minimum 1 million won ($838) to every citizen in disaster relief by creating a supplementary budget before the Lunar New Year break. He retracted the proposal after disputes over how to fund it. But he can bring back the platform since he attacks the Ministry of Finance for shelving it. As he clashes with the ministry over spending policies, Lee wants to take away budgeting authority from the finance ministry and place it under the presidential office. He argues the ministry should take orders from the elected power.

Korea’s presidents already wield mighty power. What will happen if they have budgeting authority? Needless to say, the independence of the executive branch will be shaken. The legislature also would lose its role as a check on presidential power.

Whether it be hair-loss treatments or dental implants, someone will have to pay. Since the Moon Jae-in administration has noticeably expanded benefits, the public will have to pay higher premiums. To hand out 1 million won to each adult, the government cannot but raise the national debt. By the end of the year, national liabilities would top a whopping 1,100 trillion won.

Welfare spending can jeopardize a nation. Former socialist Prime Minister Andreas Papandreou adopted a populist approach to meet every need of the Greek people after taking over the premiership in 1981. During his 11-year reign, he increased the minimum wage, public employees, free public health care and pension payouts. As a result, Greece could have faced national insolvency in 2010 if not for a bailout by the European Union.

What about opposition candidate Yoon Suk-yeo? He must make his position clear on welfare. If he continues to propose a tit-for-tat populist platform, he is no better than Lee in endangering the fiscal health of the government.

Excessive fiscal expansion will only harden the lives of the poor and weak. Tax hikes will dampen corporate investment. Japan invited this vicious cycle. Lessons must be learned from it.