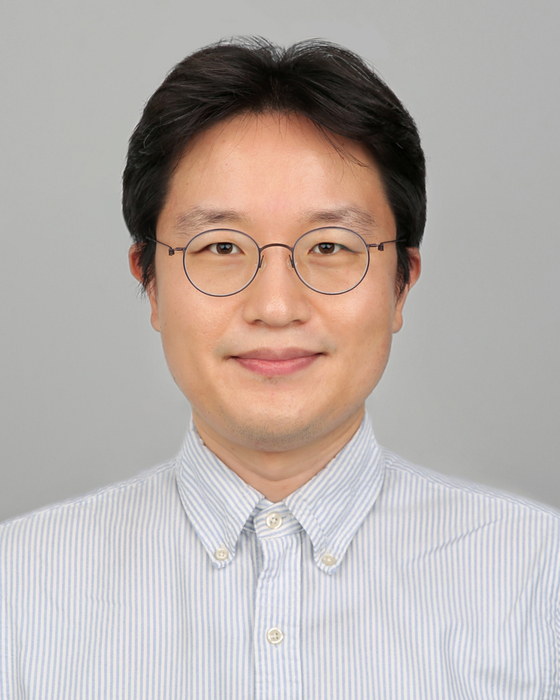 Jung Seung-chu, the staff researcher at Samsung Advanced Institute of Technology who led the research on in-memory computing [SAMSUNG ELECTRONICS]


Samsung Electronics succeeded in developing the world’s first in-memory computing architecture that can run computer calculations using only memory chips without the need of separate processors, according to a paper published in the journal Nature Wednesday.

If commercialized, the structure could change the paradigm of existing computing systems that need both memory chips, like dynamic random access memory (DRAM), and processing chips.

With in-memory computing, memory chips are capable of handling the usual role of storing data but also taking on processors’ functions of executing calculations, which significantly reduces overall energy consumption.

“Since this scheme can process a large amount of data stored within the memory network itself without having to move the data, and also because the data processing in the memory network is executed in a highly parallel manner, power consumption is substantially reduced,” the company explained in a statement released on Thursday.

A key to the new system is Magnetoresistive Random Access Memory (MRAM), a type of non-volatile random-access memory that stores data in magnetic domains.

MRAM has ideal properties for in-memory computing such as high operation speed and endurance, but its low resistance -- a measure of the opposition to the flow of an electric current -- was considered a hindrance.

In a paper entitled “A crossbar array of magnetoresistive memory devices for in-memory computing,” the researchers introduced a new computer architecture that could address the low resistance issue of the MRAM.

The first author of the paper was Jung Seung-chul from SAIT. Other authors include Ham Don-hee, a research fellow at SAIT and a professor at Harvard University and Kim Sang-joon, Vice President of Technology at SAIT.

The paper suggested that a chipset based on the MRAM structure achieved accuracy of 98 percent in classification of hand-written digits and 93 percent accuracy in detecting faces in scenes.

“In-memory computing draws similarity to the brain in the sense that in the brain, computing also occurs within the network of biological memories, or synapses, the points where neurons touch one another,” said Jung in the statement.

In-memory computing can’t replace all types of processors, the company said.
“The architecture is designed to replace some functions of logic chips that primarily run calculations,” a spokesperson at Samsung Electronics said.