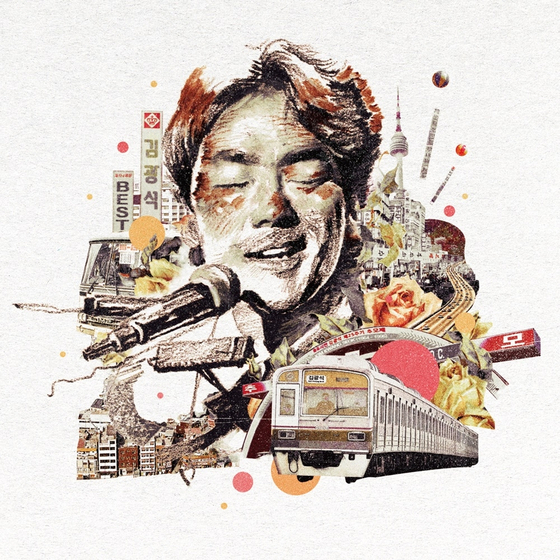 
To commemorate the 26th anniversary of the death of iconic folk singer Kim Kwang-seok (1964-1996), an album containing his best songs was released online Thursday, according to Starweave Entertainment.

Starweave Entertainment released physical editions of the album last year to commemorate the 25th anniversary of Kim's passing. The online version was released through YouTube Music.

A total of 25 songs which are still loved by the masses, such as “A Letter from a Private,” “Writing a Letter on a Cloudy Autumn Sky,” “Love Has Gone,” “A Sexagenary Couple’s Story” and “As Dust” have been included in the album.

“[The album] is a collection of the literary gems sung by the later singer and will be a special present for those who still remember him,” a spokesperson from the agency said.

The singer is known for his wistful songs that music critics say probed into listener’s sorrows in the rapidly shifting society of the 1990s. He committed suicide in 1996, sending shockwaves across the nation.