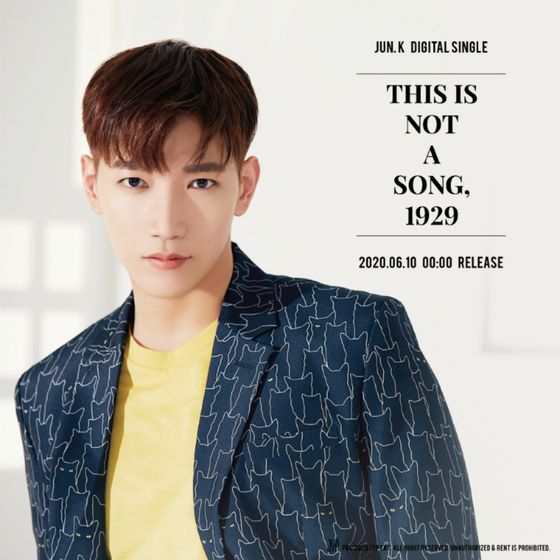 Jun. K from boy group 2PM will drop his new single “This Is Not A Song, 1929” in both Korean and Japanese on Wednesday.

Both versions of the will be released at midnight, and the singer will go live on 2PM’s official YouTube channel to perform the track at 8 p.m. Korea time.

During the live session, dubbed “This Is Not A Special Live,” Jun. K will chat with fans around the world, debut the new track and perform other songs requested by fans through the group’s official Twitter account.

The song, with melody and lyrics written by the singer, is a tribute to the year 1929. Jun. K credits the music, artwork and movies released that year as inspiration for his own artistic style.

The title of the track is believed to be a tribute to “This Is Not a Pipe,” a painting by surrealist artist Rene Magritte in 1929, one of the artist’s most iconic images, also known as “The Treachery of Images.”