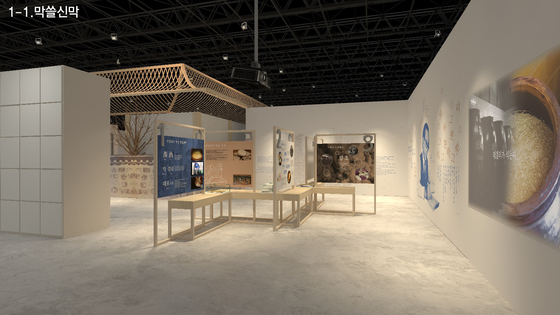 A view of virtual exhibition "Makgeolli, A Companion in the Bittersweet Life," organized by the National Folk Museum of Korea. [NATIONAL FOLK MUSEUM OF KOREA]


The National Folk Museum of Korea has set up a special exhibition in a virtual world for visitors to enjoy as the museum's doors remain tightly shut amid the coronavirus pandemic.

Titled “Makgeolli, A Companion in a Bittersweet Life,” the exhibition is not like other offline exhibitions that have been made available online, says the museum.

It’s been designed for online only, allowing those visitors who have experienced frustration trying to navigate inside the museum by scrolling their mouse back and forth, to have a whole new experience.

Makgeolli, or Korean rice wine, has long been a companion to many Korean drinkers. Since the old days, it was a drink that quenched the thirst of farmers after a hard day of labor on a hot summer day. During the Joseon Dynasty (1392-1910), men often dropped in at a tavern to have a bowl of makgeolli before heading home to relax. This alcoholic beverage continues to be enjoyed by people from all walks of life, regardless of their social status or gender. 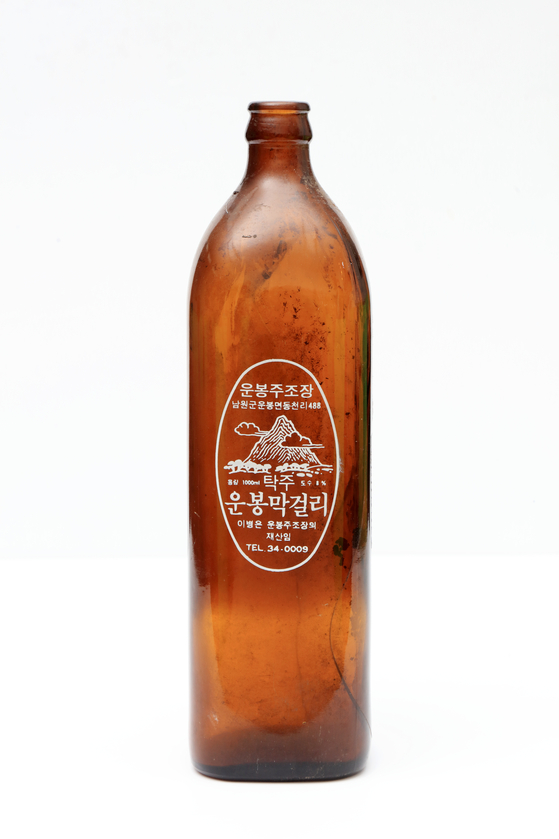 Makgeolli was produced in glass bottles in the 1980s, first by Unbong Brewery. [NATIONAL FOLK MUSEUM OF KOREA]


“Koreans share their sorrow and happiness with one kettle of makgeolli,” said Park Su-hwan, the curator of the exhibit. “It has always been a close friend of Koreans, but perhaps too familiar to learn about it.”

To allow more people to get to know and understand the country’s long cherished drink, the museum decided to dedicate its first special online exhibit to everything there is to know about makgeolli.

The exhibit is divided into three sections.

In the “Understanding Makgeolli” section, the exhibit walks visitors through how this rice wine transformed over time and how it became one of the most popular alcoholic beverages in Korea.

In Samgukji, or the Record of the Three Chinese Kingdoms, it states that people in regions like Buyeo in South Chungcheong and Jaecheon, North Chungcheong, drank alcohol beverages at festivals. Though it does not specify what kind of alcoholic beverage it was, experts assume that it was makgeolli as they would have brewed it using products from farming.

It’s also interesting to find out how people in the old days, without the distribution system like today, bought and sold makgeolli, which has a short shelf life. 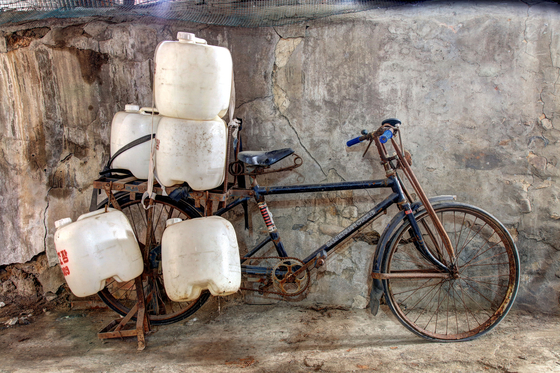 In the old days, people sold makgeolli by traveling around on bicycles, carrying the rice wine in plastic containers. [NATIONAL FOLK MUSEUM OF KOREA]


In the second section, the exhibit goes into detail on how to make makgeolli. Although there’s not much difference between how makgeolli is made at home and how it is manufactured at a large-scale brewery, makgeolli makers say that their skills play a critical role in determining the taste.

This section also introduces how to create different tastes in makgeolli.

The third section, “Sharing Makgeolli,” talks about how social the drink is, illustrating many stories about how makgeolli was shared among people, such as writers and politicians, throughout the years. Visitors can see many paintings from the Joseon era that depict scenes of people in taverns drinking makgeolli and enjoying themselves.

The exhibition can be enjoyed at makgeolli.nfm.go.kr