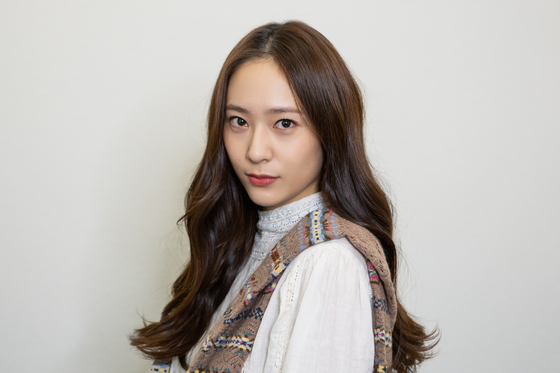 
She will be acting alongside actor Song Kang-ho, who is best-known for portraying the male lead the Oscar-winning film “Parasite” (2019).

Set in the 1970s, “Spider House” is about a movie director Kim (played by Song) who cannot get past his belief that if he re-shoots the ending of his film, also titled “Spider House,” the movie will fare better.

Through black comedy, the movie will humorously depict the process of director Kim’s re-shoot with actors who do not understand the changes made in the script and national authorities who constantly try to censor his film. Fifty years ago, which is when the film is set, the Korean government stringently censored its cultural content such as films and books.

Other actors who have been cast in "Spider House" are Lim Soo-jung who will portray a veteran actor, Oh Jeong-sae who will play a flirtatious male actor and Jeon Yeo-bin who will play a financial officer who works at a film production company that is producing director Kim’s “Spider House.”

“Spider House” is set to begin filming this month. The date for the movie’s premiere has not been determined yet.

After starring in 10 television drama series since 2010, Jung made her big screen debut in 2020 through “More Than Family.”

In the film, she portrayed a pregnant 21-year-old who goes on a search for her boyfriend and father of her baby who disappeared after she returned from a trip to meet her biological father.

Acclaimed for her realistic acting by both the public and industry experts, Jung received the Popularity Award at the Korea Gold Awards Festival and was nominated for Best Female Rookie Actor Award at the Blue Dragon Film Awards. 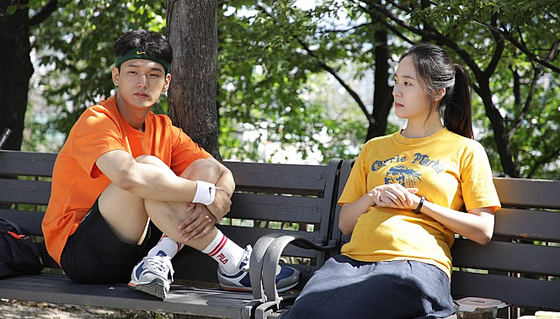 Jung, right, during a scene in "More Than Family" [ILGAN SPORTS]

Currently, Jung is starring in the KBS rom-com series “Crazy Love.” She portrays the female lead Lee Shin-a, who is a diligent secretary to a narcissistic math instructor named Noh Go-jin. The math instructor is played by actor Kim Jae-wook.

The plot centers on Noh who keeps receiving death threats and Lee who gets diagnosed with brain cancer and has limited time left to live.

As of March 15, “Crazy Love” had recorded a local viewership rating of a 2.3 percent.

The series premiered on March 7. “Crazy Love” airs Monday and Tuesday at 9:30 p.m. on KBS.

Krystal initially debuted as a member of girl group f(x) in 2009 and released hit songs such as “La Cha Ta” (2009), “Hot Summer” (2011) and “Electric Shock” (2012). She landed her first acting role in 2010 in MBC drama "More Charming by the Day” and subsequently starred in successful dramas such as MBC’s “High Kick: Revenge of the Short Legged” in 2011 and SBS’s “Heirs” in 2013. Krystal left her agency SM Entertainment in 2020 and joined H& Entertainment to focus more on acting. However, she is still part of the K-pop act f(x) as the group has not been officially disbanded. Using her legal name Jung Soo-jung when acting, Jung made her debut on the big screen in 2020 through a lead role in “More Than Family.” The singer-actor has also appeared on reality programs “Jessica & Krystal” (2014) and “Jessica & Krystal – US Road trip” (2021) with her sister Jessica, a former member of Girls’ Generation.

This information was confirmed by H& Entertainment on March 10, 2022. 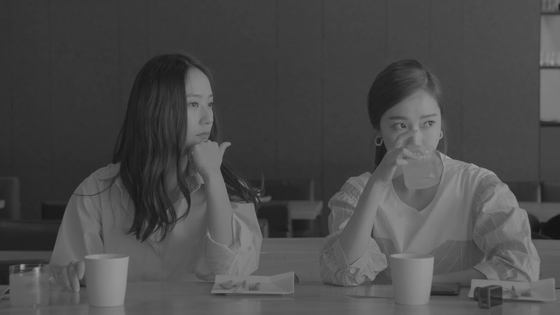 Jung, left, during a scene in the reality program "Jessica & Krystal - US Road Trip" with her sister Jessica [ILGAN SPORTS]