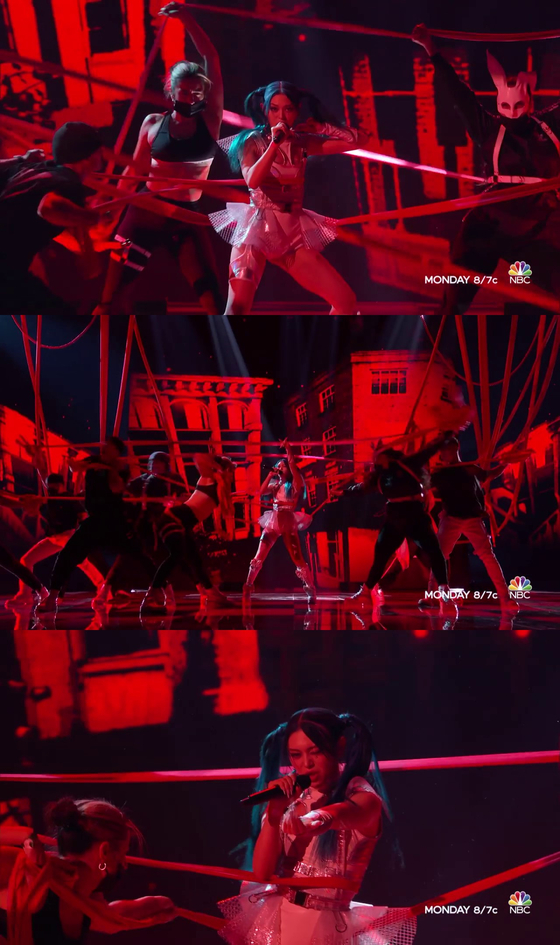 AleXa performed her new song titled "Wonderland" live. The song is about the perfect ideals of love that only exist inside people's imagination.

“American Song Contest” is a music reality competition show hosted by rapper Snoop Dogg and singer Kelly Clarkson. Artists from each of the 50 U.S. states will compete for eight weeks to win votes from viewers and earn the title of Best Original Song.

AleXa represents the state of Oklahoma which is where she was born.

Of a total of 56 contestants, AleXa is the only K-pop artist.

AleXa, whose real name is Alexandra Christine Schneiderman, is an American singer who is based in Korea. She debuted in 2019 after gaining popularity by appearing on Soompi's audition program "Rising Legends" in 2016 and on Mnet's "Produce 48" in 2018. Her first digital single single was “Bomb” (2019).