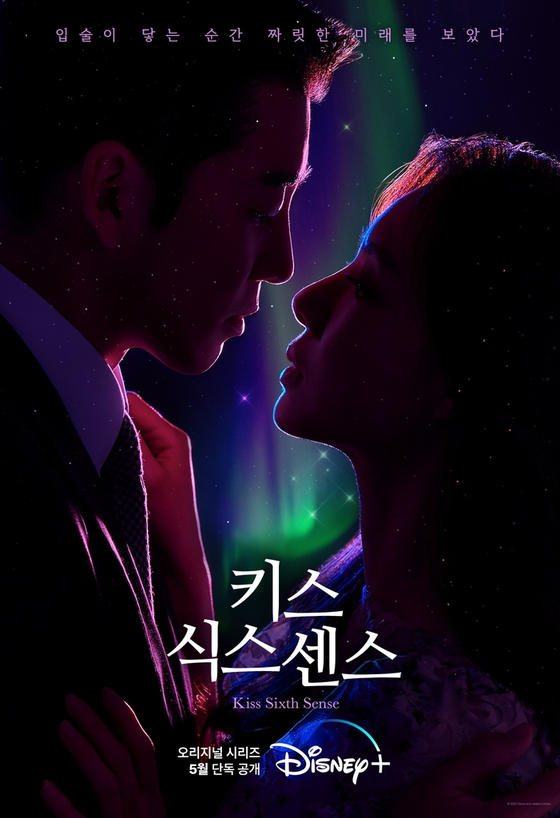 
Streaming platform Disney+ announced that it will release its new original drama series "Kiss Sixth Sense" on May 19.

Starring actors Yoon Kye-sang and Seo Ji-hye, "Kiss Sixth Sense" is a fantasy romance series about a woman named Hong Ye-sul who can see flashes of the future when she kisses another person and a man named Cha Min-hoo with a sixth sense.

The two characters work together at a company. The story kicks off when Ye-sul accidentally kisses Min-hoo's neck and sees the two of them in bed together in the future.

The series is an adaptation of a Naver webtoon with the same title written by Korean webtoon writer Gatnyeo. It began publication in April last year and it is still ongoing. A new episode of the webtoon is available every Saturday. The webtoon has been translated into English, Indonesian, Chinese, Thai and Spanish.

The production of "Kiss Sixth Sense" was temporarily halted in January after the shocking death of 29-year-old actor Kim Mi-soo.

Kim was brought to the spotlight for her role as a student activist who uses the same dormitory as the female protagonist Young-ro (played by Jisoo of Blackpink) in the JTBC drama “Snowdrop.”

Before her death, she had begun filming for "Kiss Sixth Sense." The production company didn't give any comment about Kim's role in the drama.