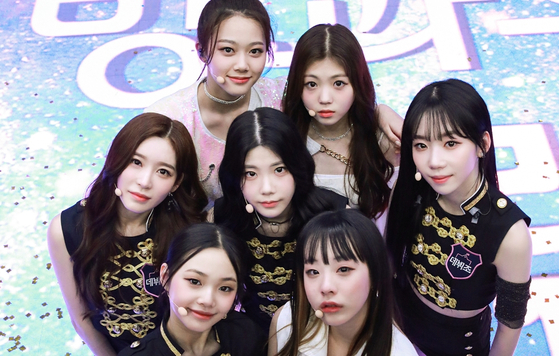 
The male version of the MBC K-pop audition show "My Teenage Girls" will simultaneously air in Japan and Korea, according to its production company Funky Studio on Thursday.

Public voting for the idol contestants will be also open to people outside Korea such as in the United States and Japan.

"We want to make this a global K-pop audition program where people from all around the world can participate," the production company said.

The show is slated to air between February and March next year.

Program director Han Dong-chul will take the helm of the show. He has experience launching successful audition programs such as Mnet's "Show Me the Money" in 2012 and "Produce 101" in 2016.

The seven finalists of the first season of “My Teenage Girls” (2021-22) have formed girl group CLASSy. In the order of highest votes received, contestants Won Ji-min, Kim Seon-you, Myung Hyeong-seo, Hong Hye-ju, Kim Ri-won, Park Bo-eun and Yoon Chae-won made it in the group.

CLASSy debuted in May through its EP titled "Class is Over" and is gearing up to make its debut in Japan on June 22.

CLASS:y combines K-pop, Bollywood and zombies in its debut