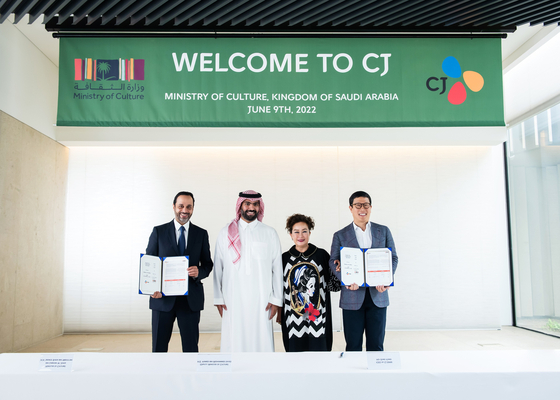 
CJ ENM signed a memorandum of understanding (MOU) with the Saudi Arabian Ministry of Culture to jointly organize cultural events and make investments in content, the company said Friday.

A particular focus will be on films. CJ ENM, in partnership with the Saudi Arabian Film Commission, will co-produce films targeting both Korean and Saudi Arabian audiences and feature Korean films in Saudi Arabian film festivals.

"We will be able to seek various cultural partnerships with this MOU," CJ ENM said in a statement. "This is especially meaningful in that it will allow our content business to expand to countries in the Middle East."