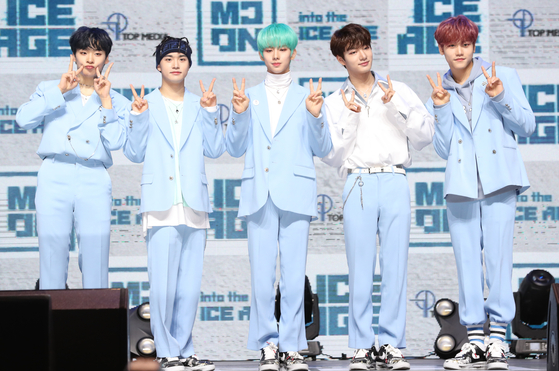 
Boy band MCND is returning with new music in July and will tour North and South America in August, TOP Media said Friday.

The agency posted a teaser video for MCND’s upcoming album “W.A.T.1” on its social media channels.

The track list will be revealed at a later date.

Starting Aug. 12, the band will begin its “[1st] MCND America Tour 2022” concerts in São Paulo, Brazil. It will perform in four cities in Brazil and then move on to Mexico City, Los Angeles, San Francisco, New York, Chicago and Toronto.

People storm Blue House, but in a celebratory way