Loona looks to 'Flip That' bad mood with new EP

Loona looks to 'Flip That' bad mood with new EP 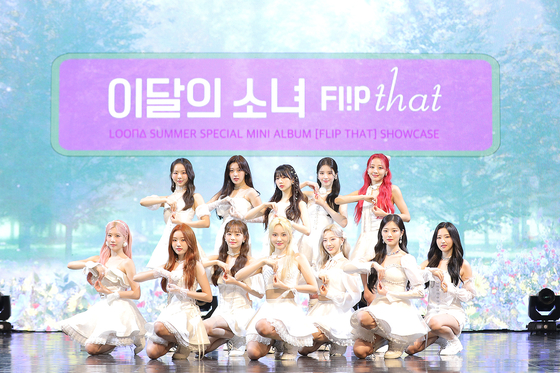 Girl group Loona poses during a showcase for its new EP ″Flip That″ on Monday at Coex in southern Seoul. [BLOCKBERRY CREATIVE]


Girl group Loona returned to the stage with a new EP “Flip That” on Monday.

The new EP is meaningful in that it has been one year since the group last released music as a whole, and it is Loona’s first summer-themed album. 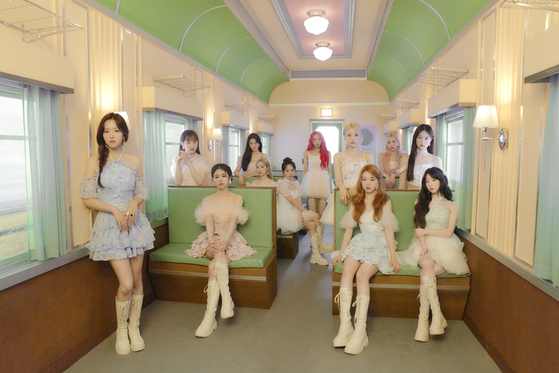 
During a showcase event to promote “Flip That” on Monday in Gangnam District, southern Seoul, the 12 members donned white fairy tale dresses and performed the title track “Flip That” and a new track, “Pale Blue Dot.”

“We’ve always tried to show fans new sides of us every time we release music, and in the past we’ve focused on some intense choreography,” Kim Lip said. “But this album is fit for the summer, as it’ll make listeners feel refreshed, and it’s very dreamlike. You’re sure to feel our bright energy.” 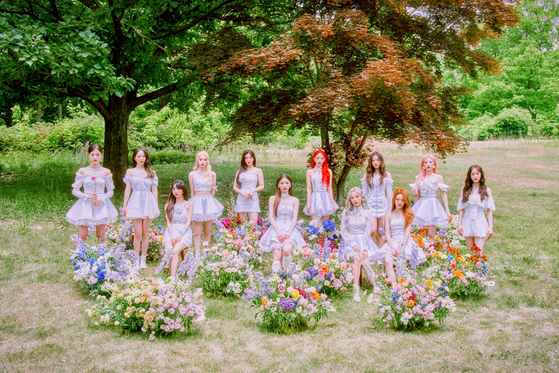 
The lyrics of the title track are about the group's strong ambition to change the world, Olivia Hye said, and the group sings it full of energy and life.

"We typically sang powerful songs in the past," JinSoul said. "So when we heard the song for the first time, I became curious and excited as to how it would show our colors."

"I personally like the chorus," Heejin said. "It's very catchy. The chorus has the lyric 'that' a lot, so I think that part will stay in listeners’ minds." 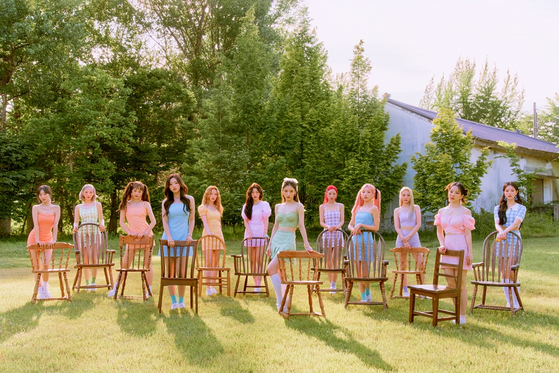 
"Pale Blue Dot" is a song that likens worries to a dot.

"All of our troubles and concerns are just a small little dot, so we should go out and find what makes us happy," Go Won said.

“POSE” was performed during the finale episode on Mnet’s “Queendom 2.”

“Playback” was written by members Haseul, Kim Lip and Yves and is a song dedicated to Loona’s fans. 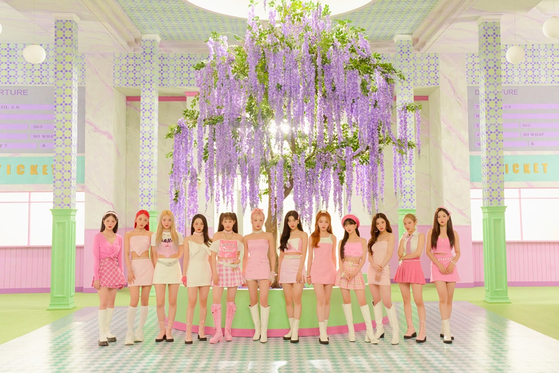 
Loona also reflected on its appearance on "Queendom 2," with Yves admitting that it helped boost the members' confidence.

"When we weren't releasing new music and kept practicing all day, the group was feeling down; everyone's self-esteem was low," Yves said. "We started getting worried about whether we could perform well on stage again, but after 'Queendom 2' we felt like we were finally getting recognized by the public. We became more sure and confident that we can achieve bigger things."

woo!ah! looks to bring 'JOY' to fans with its new EP