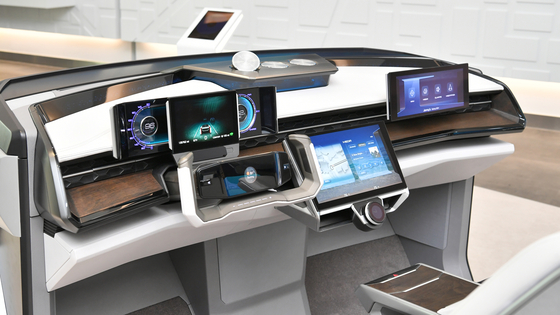 It is the world's first product to be developed that can perform an integrated analysis of various vital signs, such as posture, heart rate and brainwaves, Hyundai Mobis said.

The Smart Cabin Controller is equipped with four sensors: a three-dimensional camera that captures the posture of occupants, an electrocardiogram (ECG) sensor mounted on the steering wheel, an ear set sensor to measure the brainwaves flowing around the ears and a sensor to measure the temperature, humidity and carbon dioxide levels of the cabin.

Each sensor detects vital signs and automatically sends the data to the controller. The controller analyzes the data and sends drivers warning signals via navigation or a heads-up display if it detects dangerous conditions, such as health problems or the risk of drowsy driving.

It also recommends switching to the autonomous driving mode if the ECG sensor detects a high-stress level in the driver, and it opens windows if the carbon dioxide level is too high.

Hyundai Mobis hopes the controller will contribute to enabling the vehicle to play a role as a “moving health check-up center.”

“Based on the unique vital signs database we’ve built up, we will upgrade this technology further to provide more features, including carsickness prevention, stress management, and the blocking of drunk driving," said Cheon Jae-seung, head of the company's research and development division.

Hyundai Mobis to hold its Tech Show in Paris, show off new technology